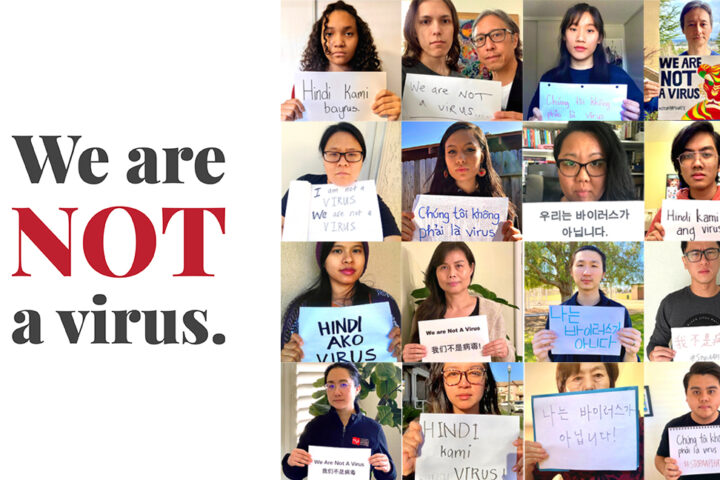 In the past year, Asian Americans and Pacific Islanders (AAPI) have been the targets of a horrific increase in racism and hate crimes in the US, particularly aimed at women and the elderly.

Imagery and reports of AAPI enduring violence and bigotry have bombarded the news in recent weeks, and Americans are once again forced to grapple with ever-present racism. Anna Lim, a junior liberal studies major, told The CI View, “I’ve seen Asians assaulted and harassed in the news and my Asian friends encountering unpleasant situations throughout the year.” These events include elderly AAPI being assaulted on the street, AAPI being the victims of unprovoked hate speech and aggression and AAPI-owned businesses being the targets of hostility.

According to a report by the Asian American Bar Association of New York, more than 2,500 cases of anti-AAPI hate crimes were reported across the country from March to September of 2020. The study also explains that since many instances of hate crimes go unreported, it is difficult to get a true understanding of the scale of racism against AAPI in the U.S. However, anecdotal and official reports both agree that 2020 marked a spike in hate crimes targeting AAPI, despite a general decrease in overall hate crimes within the nation.

This spike in hate crimes against AAPI is in large part due to the effects of the COVID-19 pandemic. Rising tensions from unstable economic, political and social conditions have caused several people to look for a scapegoat. Since the strain of coronavirus responsible for the pandemic was first reported in China, AAPI have taken the brunt of blame. The idea that AAPI were responsible for the virus caused a growth in anti-AAPI rhetoric. This contributed to the climate we have today.

President Joe Biden acknowledged and condemned these attacks against AAPI during his national address on March 11, 2021, calling the attacks “un-American.” Furthermore, Biden signed a memorandum on Jan. 19, 2021, which was directed at fighting racism against the AAPI community. Similarly, California allocated $1.4 million in order to track and combat anti-AAPI hate crimes.

Asian Americans make up 6% of CI’s student body. For many AAPI at CI, the rise in anti-AAPI hate crimes has been seriously concerning. “I’m not going to lie about being worried when going out to public. There is a thought in the back of my mind that says people around you will be extra cautious around you. It might be wrong, but I sometimes have an assumption that they assume that I might be ‘more contagious’ than others,” Lim said.

Student Government President and senior sociology major Sophie Nguyen shared similar sentiments, as she stated, “Even for myself, you’re just very aware, and it causes a new level of self-consciousness and being conscious. Now the virus is on everyone’s head, and being upfront… It’s a level of anxiety, if you’re out. Even though we don’t go out that much, here and there, there have been some uncomfortable experiences.”

Several of CI’s organizations have spoken out in solidarity with the AAPI community. The first of these was an Instagram post shared by Student Government on Feb. 17. This was soon followed by a statement from Interim President Richard Yao, sent through a campus global email, as well as statements from the Multicultural Dream Center, CI Staff Council and Empowered Womxn of Color, among others.

By putting out these statements, organizations on campus hope to provide support to AAPI, as well as open the conversation of AAPI discrimination. “For us, for Student Government, for me, (and) our board, it just felt so obvious. Like, the statement is the bare minimum,” Nguyen shared.

Discussions of racism and its effects are a necessary step in ending it. “The only way to facilitate real change is by creating a community that deters from ignorance and rather, creates one that is willing to accept people of different cultures and identities, one that listens to others and does not lead with bigotry, ethnocentrism, and superiority complexes,” Vaishnavi Ramprasad, a second year health science major, said. “It is important to have town halls, Socratic seminars, and healing circles that call for a union in which members of the AAPI community are able to voice their opinions and educate the non-AAPI community members.”

Student Government aims to help end ignorance by replacing the Multicultural Perspectives requirement with the recently-passed Ethnic Studies requirement. “Education is the foundation of this. We need our campus and our faculty to understand this is how we need to build a more anti-racist society,” Nguyen said

Nguyen hopes these statements are just the beginning of support for AAPI students. “My hope is that for our faculty and staff, this will fuel a sense of courage and confidence and strength to speak up. I think for many people, including myself, this is the first time we’re speaking up for our own community.” Nguyen also encourages students looking to voice their concerns about issues affecting CI students to reach out to Student Government and the Dean of Students. “We need to demand more, and don’t be afraid to demand more. It’s too normalized (to not demand more)… We’re going to end up standing out in many spaces, and that’s okay.”

This article is part one in a series covering AAPI racism within the US.