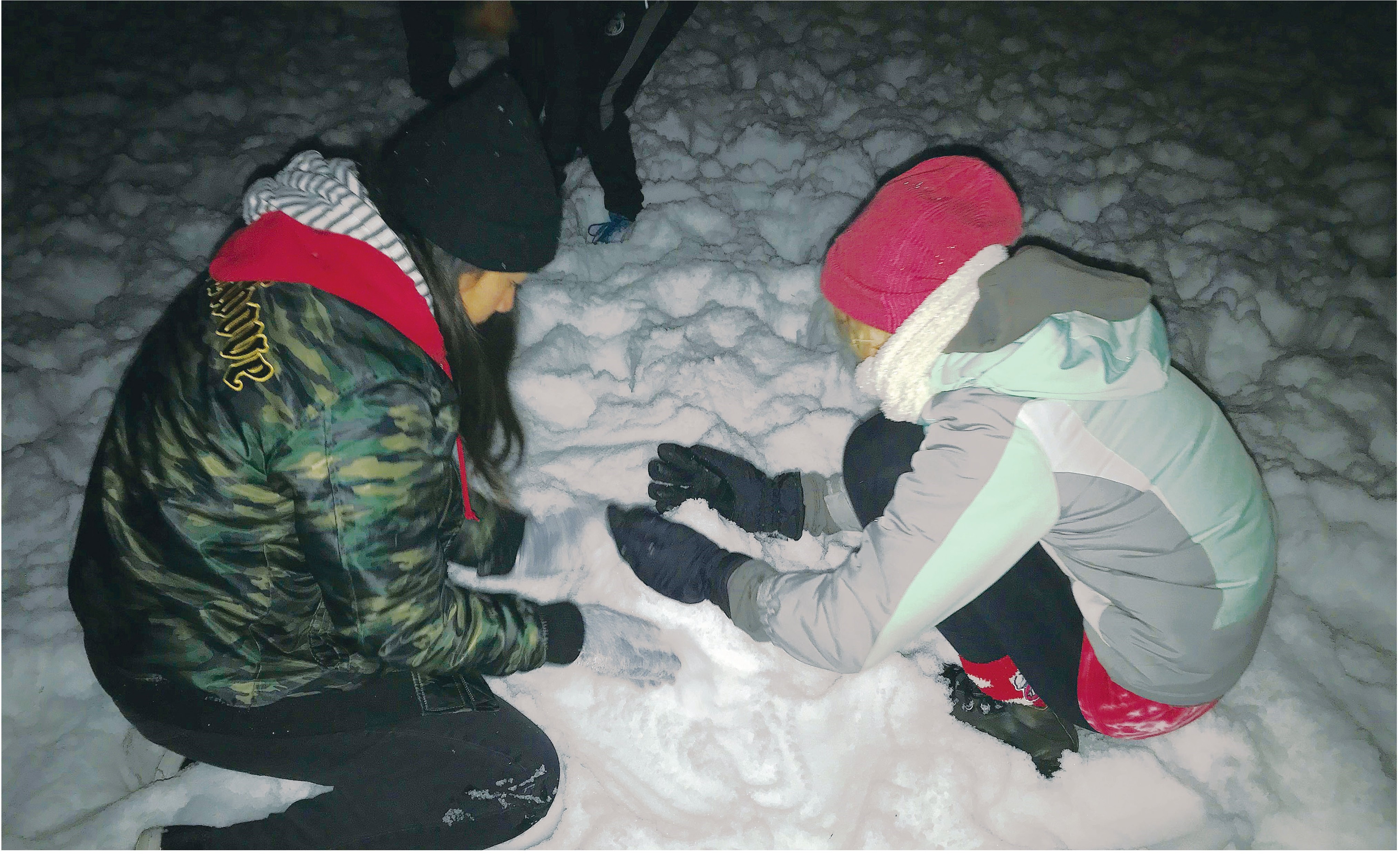 If you were able to attend Snow Day on Feb. 8th, you were lucky enough to know what it feels like to play in snow only miles away from the West coast shoreline! The night air was the perfect amount of frigid to keep the many tons of ice delivered, and shaved down to a snowy powder, in good condition for several rounds of play by students, faculty and members of the community. Children raced in giant inflatable hamster balls and slid down a gigantic inflatable slide while many of Cis students enjoyed a silent dance party. One of the handfuls of students you have to thank for this event is senior Deanna Villagran.

“This year will be the third year in a row,” said Villagran, the president of the Student Programming Board (SPB). “Initially it was just an idea. We don’t get snow in Southern California so we started off wondering what we could do to incorporate some sort of an environment-friendly quality into an event and eventually it grew into this.

“We actually brought snow to campus. We had an ice rink the last two years, but we did go another direction this year. Our former president, she was a big dreamer. She was really crazy with her ideas! And that definitely helped start the initiative of We can do more than what’s been done in the past.”‘

An event as large as snow day takes a lot of planning and bringing enough ice to create the snow for the event was one of the most important factors for Villagran and SPB. Because of all the moving pieces involved in the event, getting an early start was essential.

“We started planning the date back in the summer and July is when we start to finalize our calendar for the year and have tentative dates set,” said Villagran. ‘We actually began booking vendors back in September and we were officially doing invoices no later than November. It’s been a long process.”

In the past, SPB had an ice rink on campus for students to enjoy. That was successful but Villagran and her team wanted to bring more of the essence of winter to campus. This year they went in a different direction which wasn’t any easy decision to make.

“That was a big part of our first event,” said Villagran. “We had wanted an ice rink. We had wanted snow. We had thought of these as the essence of what a snow day is, and so deciding whether or not to do that this year and going in a different direction was really big for us.”

Once it all came together though, Villagran and the SPB team were excited about the event they’d worked so hard to organize and enjoyed it as much, and maybe more, than the other students who participated. Villagran even had her own favorite part of the process.

‘Watching staff members bring their children and having people like faculty interact outside of the classroom; that’s probably one of the best parts,” said Villagran. ‘Whether people like it or not, they are going to have fun in some way.”