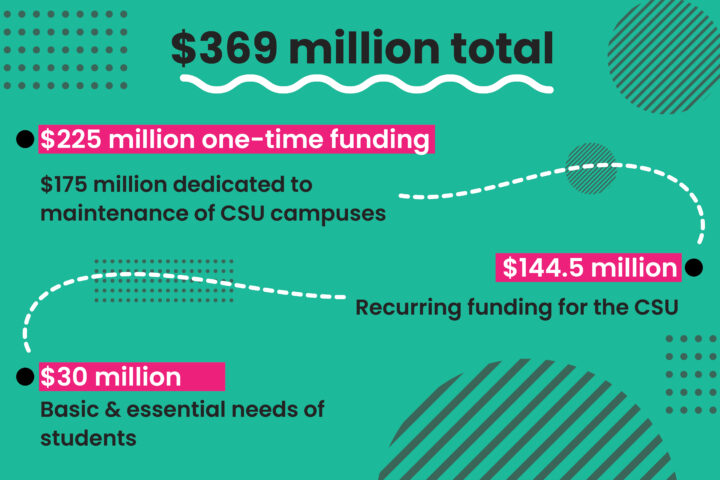 CSU Chancellor Joseph Castro has announced that there will be no raise in tuition for the 2020-2021 academic year for California State University students.

This decision was influenced by Governor Gavin Newsom’s budget proposal, as well as other efforts made to reduce costs in the CSU system.

This budget includes $144.5 million in recurring funding for the CSU, along with $225 million in one-time funding as well, in which $175 million will be dedicated towards addressing deferred maintenance of all the CSU campuses. According to calstate.edu, $30 million will be used to support basic and essential needs of students. This proposal was established with the condition that tuition would not be increased.

As stated by The L.A. Times, “Much of that money will go toward the CSU’s Graduation Initiative 2025, including money to support students’ basic needs of food and housing. The initiative, described by CSU leaders as their ‘highest priority,’ is a 10-year effort to increase graduation rates and close equity gaps between underrepresented students and their peers.”

Castro also said he wants to do everything to “avoid additional layoffs of permanent CSU staff or faculty due to lack of state funds,” as he does not support a systemwide furlough program.

However, despite keeping tuition flat, there are also mandatory campus fees that can be increased, which CSU campuses have been doing annually. These fees are decided by campus presidents. According to calmatters.org, “While current tuition stands at $5,742, each campus is free to raise mandatory campus fees, which range from $901 at Fresno State to $4,329 at Cal Poly San Luis Obispo.”

“It doesn’t make sense to me that we’re being asked to pay full price for tuition when the experiences we’ve paid for aren’t being given to us,” Cynthia Aguilar, a senior health science major, said. “I understand the pandemic is causing these changes, it’s all unforeseen and out of anyone’s hands, but the quality of education at this moment is not matching the prices we are being asked for. Tuition should match the current situation. I am concerned about the fees rising. I really hope that the universities recognize that not only are we in unprecedented times, but that asking us to continue to give to the school as if nothing has changed is simply unrealistic.”

Newsom’s budget proposal will allow the CSU system to address the issues it has faced during the pandemic and plan out for future necessities, and it will hopefully allow a good transition into the fall 2021 semester as there are plans to resume in-person classes then.