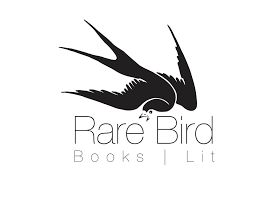 Rare Bird Books publisher Tyson Cornell stepped into the crowded classroom in a tee shirt and blazer, jeans and a pair converse. A publisher of a small press company in Los Angeles, Cornell was invited to the campus to be the first guest speaker in the English Speaker Series. He was welcomed by many CI students curious about the ever day goings on of the small publication world.

Cornell began by explaining his path to his current position. After he spent nine years marketing for Book Soup bookstore, he started Rare Bird to help a band by the name of Six Organs of Admittance get their book out. The book sold out in 90 days, a major victory for a small publication’s first book.

“We feel an obligation to put stuff out, because they’re a dying breed,” said Cornell, speaking of raw and authentic works by obscure authors.

According to the company’s mission statement, Rare Bird specializes in publishing books “that deserve to be read,” while also working with authors to help them develop their brand.

Small presses are just as busy as any other publication company.

“No matter how stressful, no matter how hard it gets, we show up to work every morning, said Cornell. “When you have a dream job, you just go for it.”

Professor Sean Carswell organized the English Speaker Series, an event in three parts that focuses on expanding student’s perception of the English major and what it can offer.

“I wanted to bring in [Tyson Cornell] because he is one of the most successful L.A. publishers,” said Carswell. “I think many times we study writers that are distant from us. It’s important for students to recognize literature as vibrant and alive.”

Carswell promises students more exciting things from the final two speakers in the series, both of which are authors. He believes students of all majors can benefit from these events.

“It’s the same reason they should see on-campus art shows and performances. This is the time to do this stuff. It’s free. It’s here. It’s rejuvenating.”