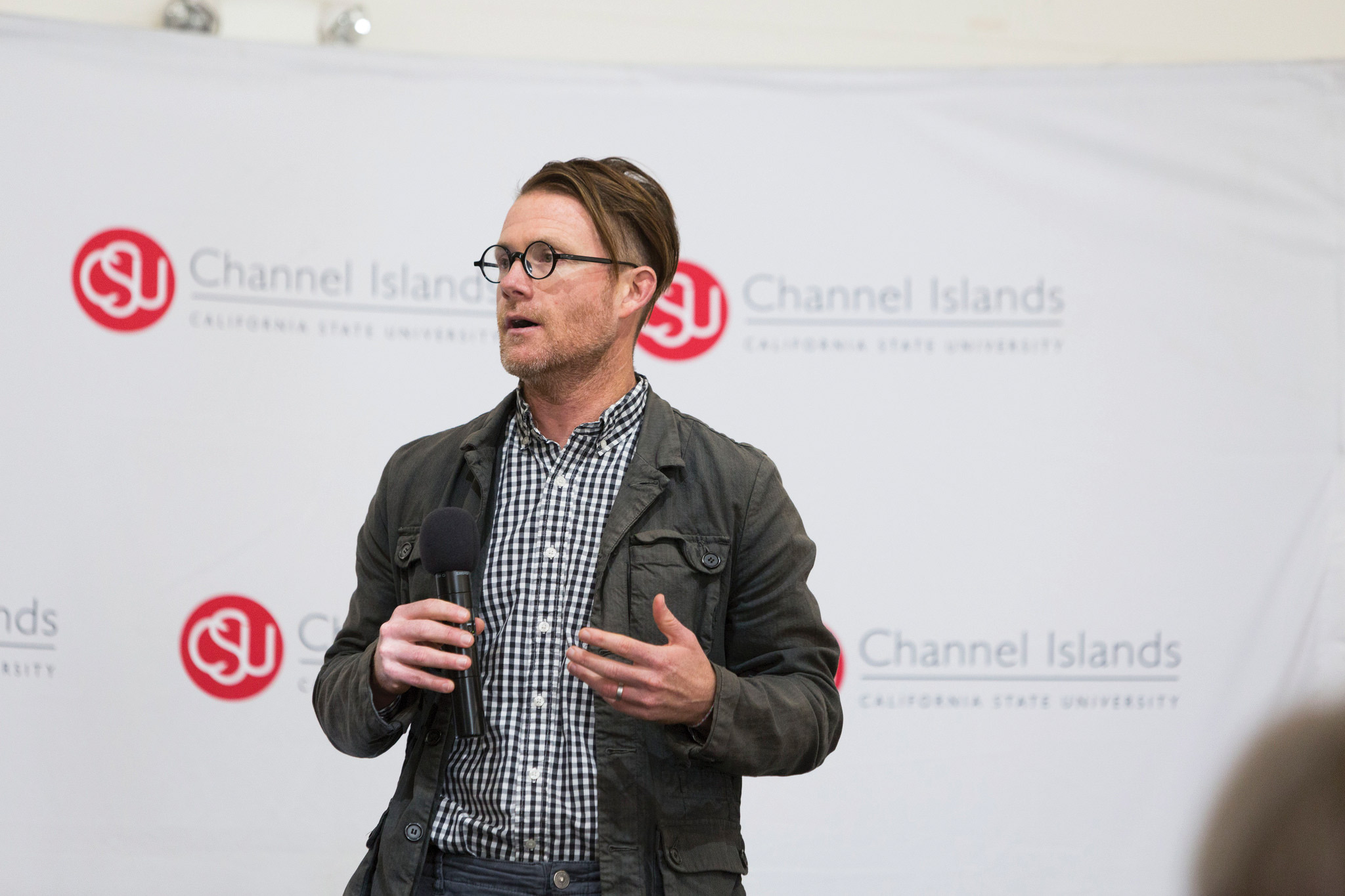 A captivating storyteller, award-winning writer and activist, Jonathan Mooney defines himself as the kid who ate his lunch in the bathroom and hung out with janitors in the hall, hiding from the classroom so that he would not have to read aloud.

In his recent visit to CI on Feb. 13, Mooney talked to the campus community about “neurodiversity,” a term he uses to celebrate the differences that exist among students with learning disabilities such as attention deficit hyperactivity disorder (ADHD), attention deficit disorder (ADD), dyslexia and more. Mooney himself was diagnosed at a young age with both dyslexia and ADHD. He was labeled early on as the “problem child” who dropped out of school and didn’t learn to read until he was 12 years old.

Tired of seeing her son beat down by school despite his best efforts, Mooney’s mom recognized the importance of giving him the confidence to learn outside of a classroom that only highlighted what was “wrong.”

Yet in the last 15 years he has published two books, started a non-profit organization, graduated from Brown University and won prestigious awards such as the Truman Fellowship. Perhaps the most unique part of Mooney’s success story, however, is how he acknowledges that he didn’t beat or overcome his “disability.” Instead, he turned his life around when he began engaging in activities that focused on his strengths while accepting his weaknesses. “We are not broken and don’t need to be fixed,” he said, a truth he believes should be advocated more often in discussions of special education.

Drawing from personal experiences, Mooney spoke of a flawed educational system that turns differences into disabilities because of the way they are treated. Mooney’s teachers only served to diminish his confidence as a young learner, and over the years he was told that he would end up flipping burgers for a living—or in jail.

Looking back on his childhood, Mooney shared an early intervention tool his mother thought of when he struggled in elementary school. One year in particular, Mooney’s mother pulled him out of school every Friday for what she called “get good at something day.” Tired of seeing her son beat down by school despite his best efforts, Mooney’s mom recognized the importance of giving him the confidence to learn outside of a classroom that only highlighted what was “wrong.”

Mooney spoke fondly of the difference it made to be out in the real world learning firsthand the value of math used at construction sites, visiting museums, learning about wildlife at the zoo and finding his passion for soccer. These experiences helped him earn a scholarship to college despite the odds against him.

Even after being accepted into university, Mooney’s experience as the “good-for-nothing” student did not end. Mooney shared a story of one academic advisor in particular who laughed at him for wanting to pursue his degree in English. “You can only spell at a second-grade level, and you think you can study English?” was the mocking response he received. Mooney would have dropped out that very day if not for a special mentor, one of his professors, who encouraged him to stay in school and “prove that bastard wrong.”