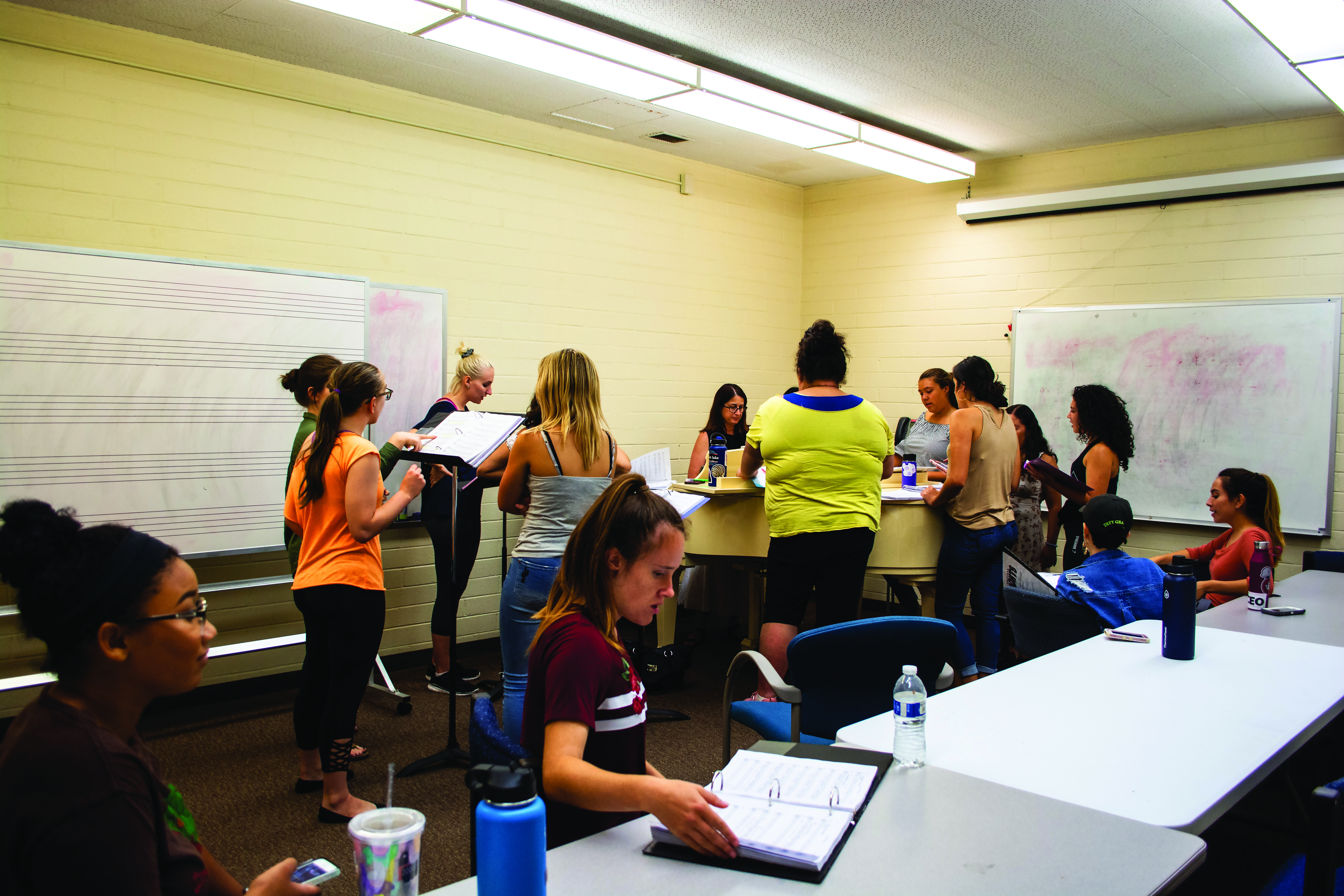 On November 8, the Performing Arts department brings to CI In The Heights, the first Broadway hit of Lin-Manuel Miranda, who also wrote Hamilton. This musical tells the story of diverse Latin characters living and interacting in Washington Heights on the Island of Manhattan. This year marks the 10th anniversary of its Broadway debut. One of the first musicals of its kind, utilizing hip hop, rap, and a wide array of Latin music styles including salsa, reggaeton, merengue, and bachata, In The Heights takes you on a rousing journey through the lives of this neighborhood’s inhabitants over the Fourth of July weekend.

“[In The Heights] has characters and music and all sorts of aspects [to] it that I think are really good for our campus and will be thought provoking and encouraging for our particular campus community,” said director and producer Dr. Catherine Buriss. “Even though very few people are of the exact same ancestry as the characters in the cast, the idea of an immigrant culture, the idea of a first generation college student…are really important stories to tell here.”

The diversity of the musical genres used in the show leads to new challenges for performers and technicians. Heather Castillo is working with students to create intricate choreography that grasps the complexities of individuals on a busy street in Manhattan. Additionally, the cast is taking on new challenges as they settle into their roles.

“This show is one of the greatest challenges I’ve ever had the opportunity to attempt because musically,” said AJ Herrera. “I am usually more in the rock era of genres and to take on a Latin-hip hop sort of show, is not something I am used to. It’s definitely out of my comfort zone. It’s something that I am glad to take on.”

Along with new challenges, In The Heights brings new cultural experiences and opportunities for student actors to immerse themselves in different cultures.

“I am excited to get in touch with the Latin community that I don’t know too much about,” said Maddie Boyd. “I feel like I am becoming a part of it as we go on. So, I am really grateful for that.”

Tickets for In The Heights will be going on sale shortly. Dr. Burriss warns that tickets will be difficult to get ahold and suggests that students stay on the lookout and buy them as soon as you can. They will be available to purchase online through Brown Paper Tickets closer to the show date. In The Heights opens on November 8 and runs Nov. 8-10 and 15-17.

“Come ready for a good time,” said Ty Meyers. I have never been much of a dancer and this show makes me want to get up and move. The songs are vibrant and alive, it makes you want to sing and dance along.”