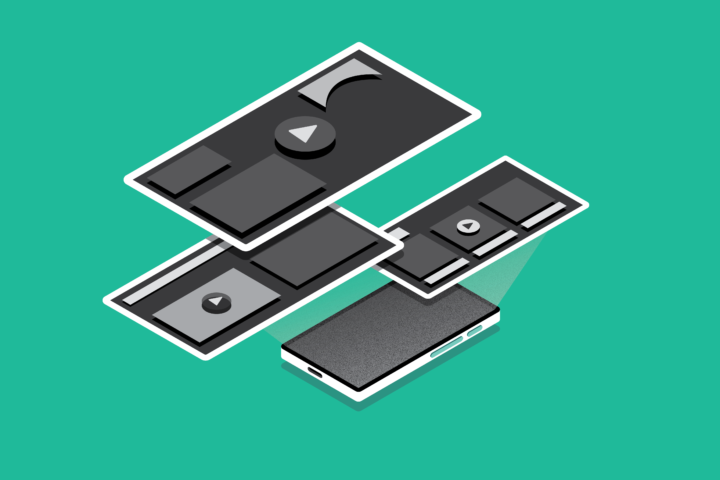 During the rigorous time of COVID-19 and staying in quarantine, steaming sites have provided a good amount of entertainment for those staying at home. Among the various streaming platforms such as Netflix, Amazon Prime Video, Hulu, Disney Plus and HBO Max, there have been some perks and downsides for each service.

Netflix, one of the biggest and most popular services, holds a wide variety of genres, ranging from period pieces and documentaries to comedies, dramas and even its own collection of original series. It has hosted many prestigious works such as “Breaking Bad,” “Stranger Things,” “Orange is the New Black” and “The Witcher.” It is also completely ad free, guaranteeing undisturbed viewing. One downside is that some of its most popular shows and movies, such as “Friends,” have been taken away to competing sites.

The basic Netflix plan starts at $8.99 per month, but the more popular standard plan offers videos in HD and allows for two simultaneous viewings, priced at $12.99 per month. For $3 more than the standard plan, the premium plan offers up to four screen viewings at the same time and a 4K viewing option.

Next in line is Amazon Prime Video, which holds a strong array of popular films and shows. Along with Netflix, it holds its own original series. There are short ads at the beginning of each content, but usually they are skippable. There is also an X-Ray feature, where one can learn more about cast information while viewing along with character backstories, behind-the-scenes content and more.

Amazon Prime Video is available as part of an Amazon Prime subscription, so one can get more services for their money. Members also have the option to rent or buy movies and TV episodes and can also subscribe to hundreds of premium channels.

By itself, an Amazon Prime subscription costs $12.99 month, but college students can get a discount and only pay $6.49 a month, granting access to thousands of Prime Video titles with included 4K Ultra HD, High Dynamic Range (HDR) and available downloads for offline viewing.

Hulu also contains mainstream content such as “The Simpsons” and “Bob’s Burgers.” Although it is a bit cheaper than Netflix and Amazon Prime Video, Hulu’s basic plan option has multiple ads that run throughout the content. An upside is that a Hulu plan is free for students who have Spotify Premium, even though it is an ad-supported plan. Hulu’s basic plan is $5.99 per month, however with the choice of no ads it is $11.99 per month.

Disney Plus holds specific content of Disney animated movies, Pixar, Marvel and National Geographic, not to mention the ability to stream the Star Wars series “The Mandalorian.”

This streaming service is a flat rate of $6.99 per month. It is among the most affordable choices for its content, and connected with iconic franchises, it can be a great value for families. There is the perk of getting one year of Disney Plus for free with a Verizon subscription, with the unlimited data plans.

HBO Max is on the pricier side at $14.99 per month and does not hold a lot of originals, but it contains popular shows like “Friends” and “Game of Thrones.” It also holds many works of Warner Bros content with Cartoon Network, Adult Swim, Studio Ghibli and more.

Netflix, Amazon Prime Video, Hulu and HBO Max all have implemented a category for Black stories to represent Black experiences, creators and storytellers. This category has been added to each platform’s list of genres for movies and shows. Furthermore, most of the streaming services have also made a category for LGBTQ content to bring more diverse representation for user viewing.

During the pandemic, another recent addition to the platforms has been watch parties, where users can virtually connect and watch content together. Netflix, Amazon Prime Video and Hulu have the option of creating and joining watch parties directly on their platforms. Currently, Disney Plus and HBO require extensions to do so.

Another perk of these streaming sites is the accessibility to them. The platforms can be utilized on a smart TV, computer, mobile device, tablet and gaming consoles such as the PS4 and Xbox One.

Since the beginning of quarantine and lockdowns in this pandemic, streaming platforms have seen an increase on consumer spending and streaming in the range of 20% to 50%. Netflix has more than doubled the predicted number of new subscribers, adding 15.8 million subscribers, which was considerably more than the 7.2 million prediction. Disney Plus has added on about an extra 22 million subscribers, jumping from 28.6 million to 50 million in just two months. Hulu upped its subscribers from 27.9 million to 35.5 million as well.

It was recently calculated that more than 25% of consumers have added at least one streaming service during the pandemic.

Despite the influx of consumption, these major sites have to face the added responsibility and challenge to counter more network slowdowns and failures that are propelled by the increased traffic. There is also the reshaping of how studios create and distribute content, such as jumping release dates forward and closing production, which can put more strain on streaming services.

The most reported problems have been on video streaming quality. Netflix and YouTube have both throttled quality on their videos to reduce bandwidth in the surge.

Other streaming sites like Quibi have plummeted, losing 92% of users after free trials expired. Being partnered with T-Mobile, it couldn’t gain steady marketing with the pandemic as stores were closed. Quibi is designed to be an “on the go” user app, but with their intended users changing lifestyles to stay at home, they lost traction. With paused marketing for the Black Lives Matter protests, the apps ranking dropped, and the company was forced to go into a conservation mode as executives took a 10% pay cut.

Also, Netflix’s usage is predicted to decline 25.7% of viewing time by 2021, so some of the strong numbers for these sites may not last.

Nilo Tayag, a senior English major, expressed his thoughts on streaming sites. He stated, “I don’t really have a specific favorite streaming platform, but I’ve mostly been using Prime Video lately. I’m watching ‘The Sopranos’ right now and now I understand all the hype. Another show that got me through quarantine is ‘Peaky Blinders’. If you’re into complex, crime dramas, I’d highly recommend those two shows.”

Another senior English major, Heidi Guzman, claimed, “I have a few streaming platforms I really like. I’ve recently been on Amazon Prime and Hulu. It’s been fun to re-watch shows like ‘How I Met Your Mother’ or watch movies like ‘A Quiet Place,’ ‘Clueless’ and ‘Mean Girls.’”

Each platform has its own unique set of movies and shows, and a lot of the time the content alternates between the various platforms, such as “Friends” that moved from Netflix to HBO Max. Next year, “The Office” will be taken down from Netflix as well. Some newer movies have appeared on different platforms such as “Joker” on HBO Max and “Knives Out” on Amazon Prime Video. Ultimately, choosing a streaming service depends on the user’s personal preference when deciding what works best for them.