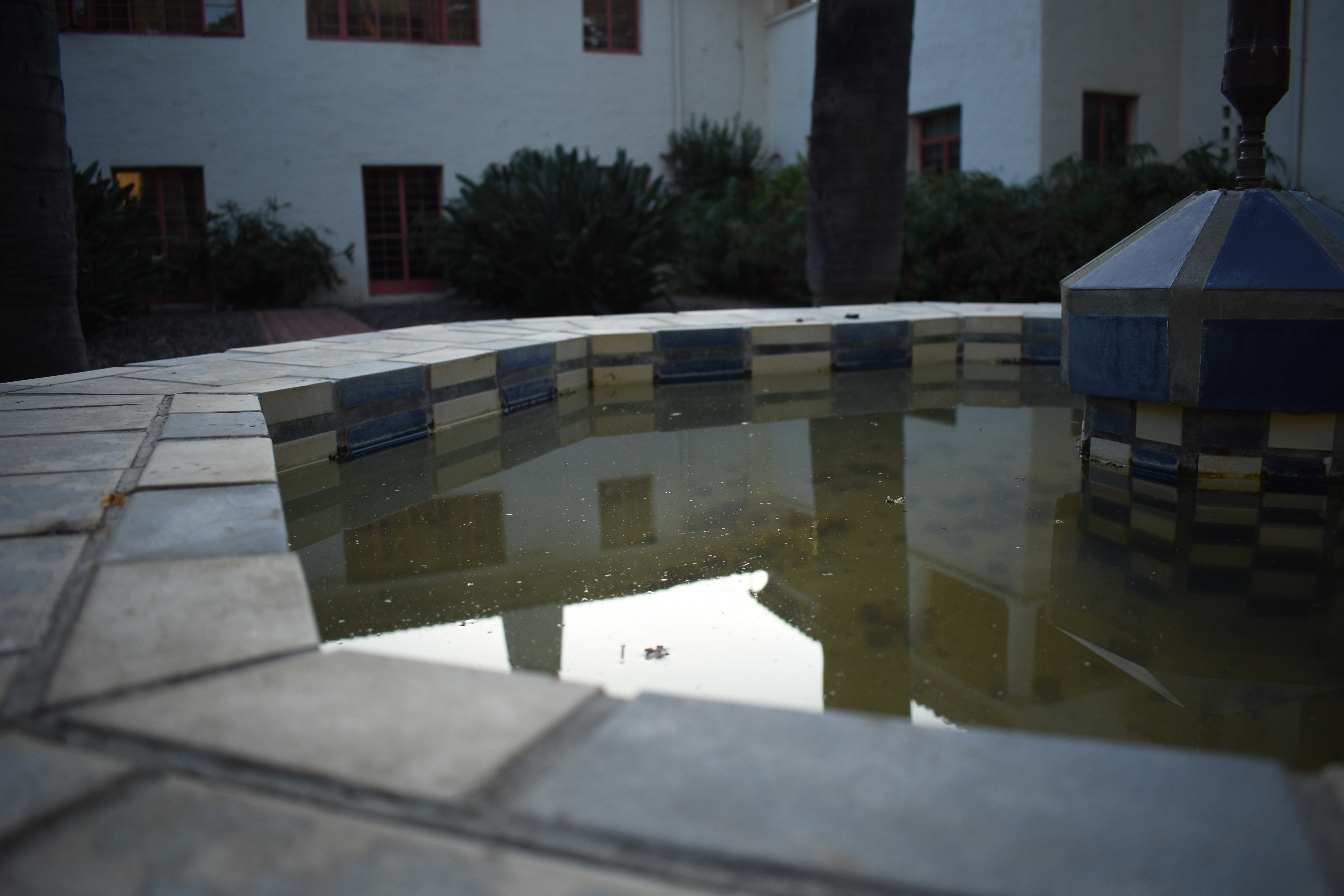 Feeling Itchy? As many students are aware, the start of this school year has been a particularly bad one for mosquitos. Students are being bit multiple times a day. “They suck. it’s bad. I got bit on my forehead” said Deanna, president of the Student Programming Board.

For students living in campus housing, the mosquitos are often inescapable.

“When we first moved in, one of the things we noticed about our room was the screen falling out of the frame, said Alec, a third year health communications major. “We’re concerned about the mosquitos coming in.”

Some might wonder where these insects are coming from. It’s common knowledge that mosquitos breed in standing water, so that begs the question, where is there standing water on campus?

Recently a “reflection” pool was filled up on campus. On August 1 CSUCI posted a photo displaying it to their official Instagram page. Many students weren’t even aware that the large circular indent in front of the library is meant to be filled with water, much less reflect anything. But aside from its questionable reflective qualities and general inconvenience, it seems like a great place for mosquitos to raise their young.

Bell Tower courtyard is a beloved spot among students to study, relax or nap. However, the fountain there appears to have remained non-operational, and full of water for at least two weeks as of the release of this issue. It may have been in this state for much of the summer. The inside the fountain is littered with the corpses of many insects as well as the unmistakable wriggle of mosquito larvae.

While it is possible that many of the mosquitos plaguing this area come from the Calleguas Creek to the north of campus, every bit of standing water nearby helps the mosquito’s population rise. CI should be doing whatever they can to prevent mosquitos breeding. One would think that things as simple as draining a fountain, not creating a twenty-foot pool of stagnant water or ensuring that resident’s windows have proper screens would be easy enough. With Zika and West Nile floating around, these bites should certainly not be taken lightly.

Mosquito season will however end, and legs will stop being itchy. So the most that can be done for now is to be generous with the bug spray, wear long clothing and stay indoors.