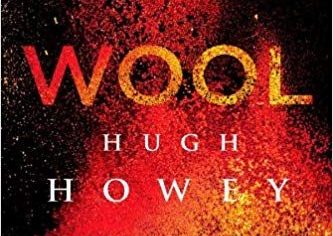 It’s a world enclosed by metal walls and damp ceilings, a world where each man and woman are assigned a role, a task, to fulfill the structure and stability of their home. This is the world of Wool, a post-apocalyptic novel by author Hugh Howey. The story is set in an underground bunker or silo in which each floor has been designed with a specific purpose or skill. One level is filled with apartments and beds, one is devoted to farming and the top level consists of a large cafeteria, as well as home to the silo’s mayor and sheriff—the only law enforcement for the whole underground world.

This is where we meet our first character, a man named Holston. Holston has been sheriff for decades on end yet has reached a point where he is curious of the outside world. His wife’s constant bickering and theories about the silo and the outside world fueled his curiosity over the years. However, it is seen as forbidden to speak of the world beyond the silo. However, when Holston asks to go outside, his wish is granted. Holston, like anyone who asks about the outside world, is given a large, hazmat like suit, and sent outside to clean the cameras that lay on the silo’s top.

For years the silo has sent many people out, curious to see if it really is as bad as they are told, and longing to find out. However, what happens next doesn’t just leave a bad taste in people’s mouths. The story continues on when a young woman named Juliette is called up from her position in the lower region known as the Mechanical. For what? that is up for you to find out.

It is here that the story grows interesting and it becomes not just another tale of civilization collapsing, or your typical post-apocalyptic tale of gangs or tricked up cars. No…. Wool crafts something new and unique, focusing instead on the multiple characters that live safely guarded from the toxic world above and how their choices gravely drive the story and the world around them. Throughout the story you will find yourself pulled in by Hugh Howey’s brilliant description of this underground world, carefully laying out the lives of the people and giving the reader a taste of how the silo runs and thrives. Howey provides just enough detail to allow your imagination to fill in the blanks.

Each page creates more questions and more secrets yet to be unearthed. Why do people go outside? What happened to world outside? Why do people live underground? These are the questions characters struggle to answer, and Hugh Howey doesn’t hold back on making you keep reading. All the way I found myself wanting to keep going. Not just to find the answers, but to find out what happens to these wonderful characters. And that, is what makes Wool so excellent.  Hugh Howey has an excellent way of weaving a world full of complex characters who reel you into their world, pull you into their lives and make you either root for them, or wish you could throw them out into the toxic world yourself.

Wool is a specular work of science fiction, probably the best I’ve read in a while. Filled with unique characters, a complex and spectacular world and a plot that will have you pushing through every twist and turn, all in an attempt to uncover the truth of what really lies on the outside.