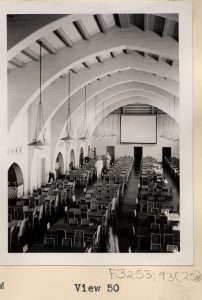 BY ANDREW DORAN andrew.doran167@myci.csuci.edu The temperature is getting cooler here in Camarillo, which signals the start of hockey season! CIs club hockey team is ready to lace up, put on the pads and show how tough Dolphins can truly be. “CSUCI had a hockey team a few years ago, but it was disbanded due to […]

By Geydy Martinez Did you know CI has a Karate club? If you do, congratulations because you’re one of few. If you don’t, that’s okay because The CI View has got you covered on bringing you the details on all the amazing clubs and organizations we have on campus. This month, we are shedding light […]

BY BRANDEN HOPPER branden.hopper935@csuci.edu Student government president Atticus Reyes wants you— to get out and vote. Reyes, who spent three months in Washington D.C. as a congressional intern before running for office at CI, hopes to bring the lessons and skills he learned in the national capital to his role on campus. In November, to […]