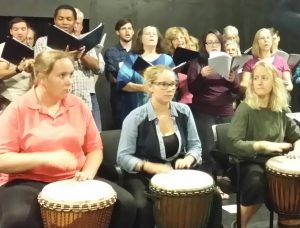 The Residence Hall Association (RHA) is one of the most important student led organizations at CI. RHA is responsible for a lot of different things: listening to the on-campus students voice, putting on events for students and representing CI at a regional and national level. In the end though, they are hyper-focused on listening to the voices of the residents of CI.

by Jorge Garcia Every spring semester, the CI Lacrosse Club gets the opportunity to compete in the Division II Southwestern Lacrosse Conference, promoted by the Men’s Collegiate Lacrosse Association. Edward Farrell, a business major, is the current president of the Lacrosse Club. Farrell played football in his high school years and he joined the CI […]