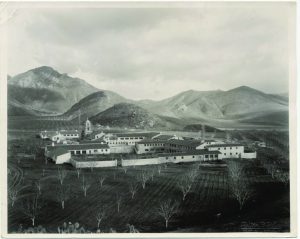 by Jorge Garcia Every spring semester, the CI Lacrosse Club gets the opportunity to compete in the Division II Southwestern Lacrosse Conference, promoted by the Men’s Collegiate Lacrosse Association. Edward Farrell, a business major, is the current president of the Lacrosse Club. Farrell played football in his high school years and he joined the CI […]

by Oliver Nguyen Attention all transfers, there’s a new club on campus just for you! Transfers Make an Impact (TMI) is in its first semester of being an official club at CI, and it’s off to a strong start. They recently hosted the Mad Tea Party with Rabbit Hole Foods, an organic vegan food company, […]

by Victoria Maneske  On June 24, CI received a gold rating, the second-highest rating, in the Sustainability Tracking, Assessment & Rating System program by the Association for the Advancement of Sustainability in Higher Education in Camarillo. This recognition was earned through strong commitment in sustainability practices along with engagement, planning and administration and innovation and leadership. […]