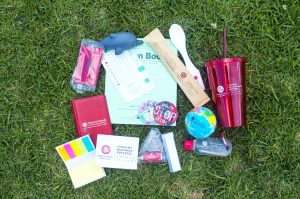 By Annie Kuzmanovic As a college student, do you wonder how to eat a homemade meal or snack every once in a while when you only have so much time and money? Well, worry no more! Two – ingredient recipes do exist, and here are four intriguing ones to try. Provided by blogilates.com: – Oatmeal […]

How we came to observe Black History Month

by Kalani Villegas In 1926, an observance lasting one week known as “Negro History Week” was established by Carter G. Woodson. According to Ebsco Host, Woodson was an American historian, author, journalist and the founder of the Association for the Study of African American Life and History. As a son of former slaves, he dedicated […]

What are the costs of losing net neutrality?

by Paige Parker Net Neutrality is a principle in which Internet Service Providers (ISPs) enable access and applications to the internet to everyone. Under these rules, ISPs are not allowed to favor or block a particular website or throttle internet speeds based on how much a customer pays. According to The New York Times, the […]