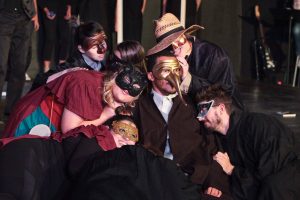 How to pay off post-graduation debt

by Luz Moncada Approximately 60 percent of graduates from the class of 2016 graduated with student debt, according to LendEDU.com. For many students the thought of debt is intimidating, seeing as more than half of students graduate in debt, but with a clear plan that intimidating thought can be turned into determination. Not all loans […]

by Mark Westphal On Jan. 31, President Erika Beck appointed Michael D. Morris, who was working as Acting Police Chief in the absence of Former Chief John Reid, as CI’s permanent Police Chief. For the past several months, Chief Reid has been working at California State University, Chico as their Police Chief and has since […]