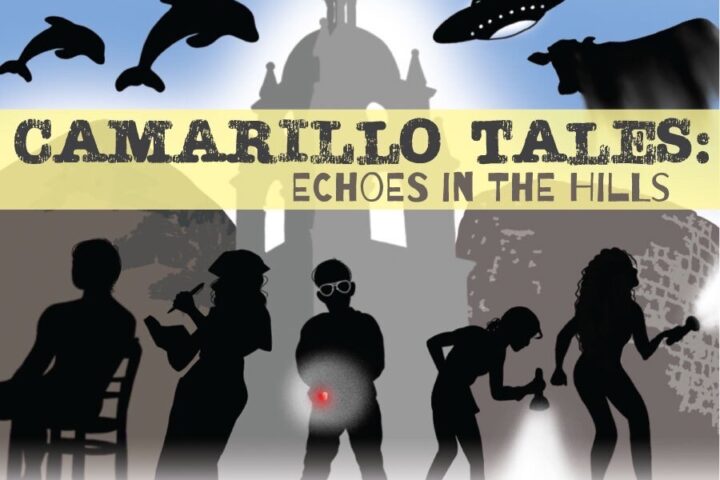 After over a year and a half hiatus, the theatre department at CI has returned to in-person productions with “Camarillo Tales: Echoes in the Hills,” an original play written by the students of CI. I am excited to be involved in this production as a student in the theatre department. The play is inspired by the history of our campus and its origins as Camarillo State Hospital. It consists of a collection of scenes spanning many decades in their settings. The play acts as an anthology series while maintaining a general storyline and character arcs.

The play is primarily a work of fiction and only loosely based on actual history, but it details everything from the origins of the land that our campus was built on to the nearly 60-year period that Camarillo State Hospital was active.

Some scenes take place in recent years at our very own CI. You may even get to see a depiction of the myth of “Scary Dairy,” as well as a scene about the infamous well on the west side of campus. If that was not enough to sell you on it, the play also explores the hypothetical future of the land we all walk on every day. So, as you can see, you are in for quite the treat!

What makes this production extremely special is the fact that the entire play was written by the students of CI with the guidance of Professors Laura Covault and Hugo Carbajal, as well as professional playwright Marisela Treviño Orta. Some students were solely writers, while some took on the heavy load of not only writing, but also acting in the play.

To gather information about the origins of our campus to use as inspiration, the students of the production class visited Evelyn Taylor, the archival specialist at the John Spoor Broome Library. Taylor was able to give insight into specific stories from our campus’ past, as well as treat the students to a rare showing of photographs taken throughout the time the hospital occupied this land. This information, along with the guidance of Treviño Orta, gave the students of this production more than enough support and resources to embark on creating a new work of theatre.

The result of all the hard work from this semester will culminate in two weekends of performances in November, with “Camarillo Tales: Echoes in the Hills” opening Nov. 4 and running through Nov. 13 at the Malibu Hall Outdoor Theatre.

Tickets are on sale now. They are $15 for general admission, $10 for CI faculty and $5 for non-CI students. Admission is free to CI students! However, space is limited, so students must reserve a spot in advance. To reserve or purchase tickets, use the following link:

Come out and support the return of live theatre at CI in a safe, affordable and entertaining way!