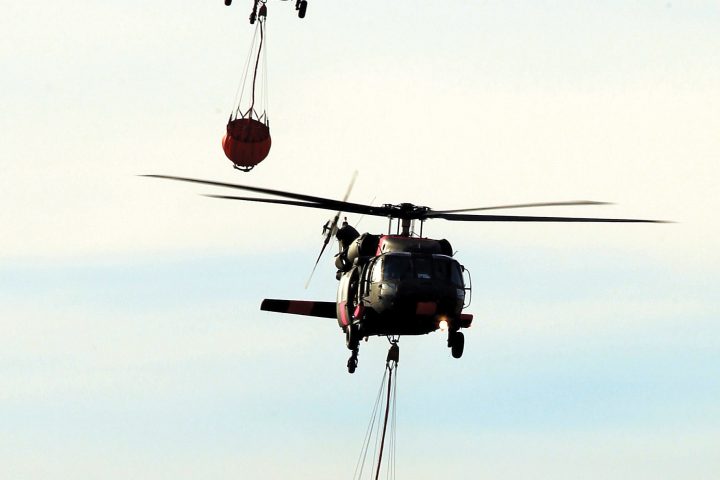 The recent natural disasters that have affected much of southern California have left many students in distress and disarray. The Thomas Fire, among a handful of other wildfires occurring around the same time, and mudslides forced over 100,000 people to flee their homes, according to CNN. Due to the close proximity of these tragedies, it is no surprise that many CI students were affected personally.

“The fire itself didn’t really affect us except for the smoke, because over here (CI) there was a lot of smoke, but at (my) home there was also another fire—right by my house. I couldn’t stay at CI but I couldn’t really go home.” – Pamela Ojeda.

“The fire kind of disrupted everything for me. I was preparing for finals, and quite a few of them were either cancelled or put online, so it seemed like a lot of my preparation was almost done in vain, which was kind of upsetting.”

“My family was actually heavily affected by both the fire and the mudslides. It was terrifying. My uncle and his whole family had to evacuate during the Thomas Fire, and everyone was worried about their young kids. Luckily their house was safe. Then the mudslides came—again, their house was fine, but one of my aunt’s friends lost a daughter. I don’t know this woman personally, but because my aunt was so distraught, it made the disaster all that more real. Apparently, this woman’s twin girls were both lost; one was pronounced dead, and the other was still missing. I don’t know whether or not the missing girl was found or if they’re still out there looking for her… Either way, my family has been stressed, especially my aunt and uncle.” – Noah Schimnowski

“My family wasn’t directly affected by the fire but us living on campus, my friend and I got to see the fire firsthand as it was about to come over the ridge. There were about eight miles in between the campus and the fire itself, so I actually took the time to evacuate to Denny’s (in Newbury Park) because I was like, ‘Screw being on campus, I don’t need to be here for this.’ I was kind of anxious for the most part, but I knew that the school was not going to close down. They were going to keep finals, because finals were coming up… They told us, ‘Oh, just wear masks.’ That was kind of intense.” – Quico Spang

“When it started happening I was just starting to transfer into Channel Islands, and I wasn’t able to get here successfully through the week of the fire, and even when the mudslides started happening I couldn’t really reach the campus. The 101 was closed and even getting around the 101 was closed as well. I didn’t get to do (orientation)… The way they were able to get us introduced to the campus was really—there were no tours, there was nothing. I just had to call over and over to the campus, there was no direct way for me to get here to talk to people in person. So I couldn’t really figure out what classes I needed until the very first week of school. I had to drop a few courses and get my schedule figured out very last-minute.” – Adam Capdeville

“The fire kind of disrupted everything for me. I was preparing for finals, and quite a few of them were either cancelled or put online, so it seemed like a lot of my preparation was almost done in vain, which was kind of upsetting. And also I live on campus, I don’t have a way to get off campus apart from the bus. So when I heard that the fire was getting closer and closer and the wind was blowing our way, I was super freaked out. Every day I’d ask my R.A., ‘Do we need to pack up? Do we have to go?’ and every day she told me, ‘No, just wait for the call.’ But it gave me a lot of anxiety and I was very nervous.” – Michael Martin