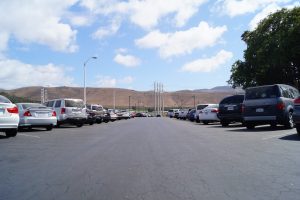 By Jazzminn Morecraft At the end of the fall 2018 semester, President Beck sent out a campus wide email informing the students that Provost Geoffrey Chase would be retiring at the end of the semester. “It is with mixed emotions but warm wishes that I share an announcement from Provost Chase about his plans to […]

by Yolanda Barragan As the end of the spring semester approaches, there is an overwhelming sense of relief among students at the idea that summer is coming up sooner rather than later. Seniors are preparing for graduation, freshmen have managed to get through their first year of college and everyone is closer to receiving their […]

Creating change in the Senate at CI

by Annie Kuzmanovic Of all the groups of students dedicating their free time to something beyond just schoolwork, Student Government, an entity of CI’s Associated Students Inc. (ASI), is dedicated to serving students by transforming student voices into positive change. According to their website, Student Government strives to “… serve, represent and advocate for the […]