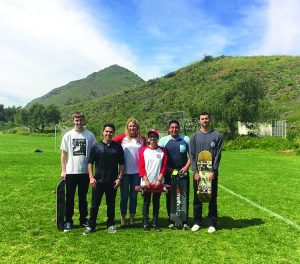 By Robert McDonald The upcoming Presidential Primary on March 3 does not solely decide who is running for President. According to the Ventura County recorder’s office, Ventura County will vote on who will be the next county Supervisor, one of three people with a large amount of executive and legislative power for the county. The […]

by Noah Schimnowski and Vyctorya Thomas-Vanzant The recent natural disasters that have affected much of southern California have left many students in distress and disarray. The Thomas Fire, among a handful of other wildfires occurring around the same time, and mudslides forced over 100,000 people to flee their homes, according to CNN. Due to the […]

by Jazzminn Morecraft On April 18, the 2018-2019 Associated Students Incorporated and Student Government Elections were closed at 5 p.m. With the close of the elections, the Student Government President and Vice President for the upcoming 2018-2019 year were chosen. Receiving 228 out of the 250 votes casted — or 91 percent of the votes […]