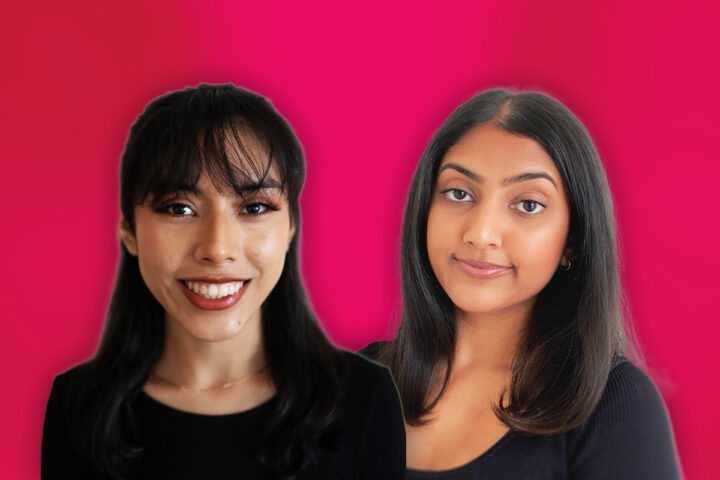 Their campaign ticket is focused on advocating for student resources, as well as promoting food accessibility and accommodations.

Rugerio and Ramprasad want to increase the use of student resources by raising awareness, destigmatizing the use of resources and filling in the gaps for student needs with new and existing resources. “In my two years as a CI student, I have not seen enough resources being marketed or promoted on campus and I want to do something about that,” Rugerio said. “Maybe these resources are already available, but they’re definitely not being showcased for students to notice.”

Furthermore, the two candidates look to work towards removing the stigma associated with finding help from student resources. “I feel like there’s such a stigma attached with using these services, and I definitely want to work towards erasing the stigma and empowering students with disabilities,” Rugerio said. In particular, Rugerio hopes to create more support for Disability Accommodations and Support Services, as well as programs for LGBTQ+ students.

Regarding food accommodations on campus, Rugerio and Ramprasad hope to provide more options for people with dietary restrictions, such as vegan and vegetarian diets, religious dietary restrictions or for people with allergies and intolerances. The two will also “push for the Dolphin Food Pantry to still provide amenities that students still need, because every student should not be left hungry,” as said by Ramprasad.

At monthly plenary meetings where all the CSU campuses are represented, Rugerio and Ramprasad promise to properly represent CI, despite being a smaller and newer campus. “In my previous years, being part of Student Government and attending those meetings, there wasn’t enough attention being given to CI … I want to show that just because we’re small doesn’t mean we should be limited or put in the shadow or on the side in any means.” Rugerio commented. Drawing from her previous experience at these meetings, Ramprasad told The CI View, “We’re all here to work with each other and learn from each other, so it’s really working with other people and not having your title to deter you from listening to other team members… because we’re here to reflect the needs of other students.”

Rugerio and Ramprasad are no strangers to advocacy. “With being in student government for two years, I have definitely gained a lot of confidence and courage in speaking up and not being afraid to voice my opinions and voice the opinion of others,” Rugerio remarked. However, Rugerio and Ramprasad agree that they want to hear from students more so they can properly represent the University. “We will do our absolute best to listen to every person who we get to listen to,” Ramprasad said. “We can’t have a campus to reflect without students giving the feedback in general.”

The two candidates agree that diversity is vital to a proper education. They hope to further diversity at CI by fostering inclusion. “Inclusion is a sense of comfort and security which is vital for diversity to work,” Ramprasad said. “Without inclusion, nothing would function. You need to make sure that all people, diverse populations feel included. They both play hand in hand in ensuring that people have a sense of security and comfort in our campus.” They plan on encouraging students to participate more on campus to create a greater sense of diversity and inclusion, and to help share experiences and thoughts between peoples.

In all, Rugerio and Ramprasad are hopeful to serve CI’s community and create a better experience for its students. “If there’s anything that comes across them (CI students), like financial issues, food insecurity, housing issues, whatever it may be — I’ve faced them,” Rugerio said. “(We) will do whatever it takes to support and bring resources to help people out.”