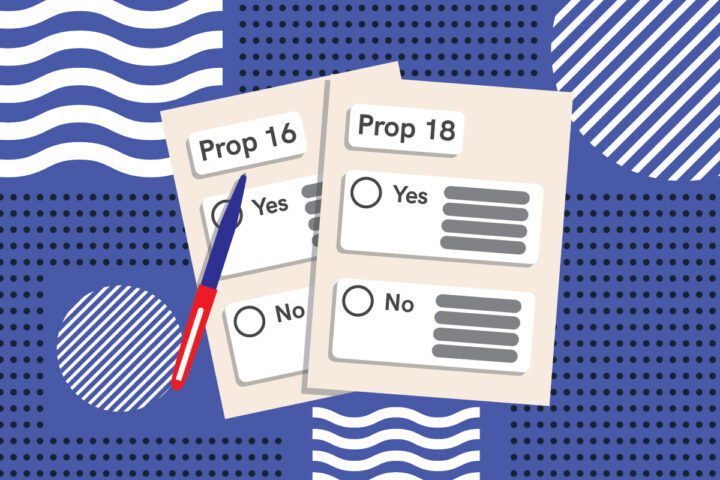 Proposition 16 is based on removing the ban on affirmative action.

Proposition 18 “would allow 17-year-olds who will be 18 at the time of the next general election to vote in primary elections and special elections,” according to Ballotpedia. We bring this to your attention as college students because many individuals coming to college can fall into this category.

No matter how you vote, just remember that voting down ballot is just as import as voting for the president. Additionally, whether you are voting in person or by mail, be sure to do your research on the propositions that are being proposed. Often times the language on the ballot can be unclear and confusing, while not explaining the full extent and intent of the proposition.

Recourses you can use to continue to learn about Proposition 16 and 18 and all the other propositions on the ballot: