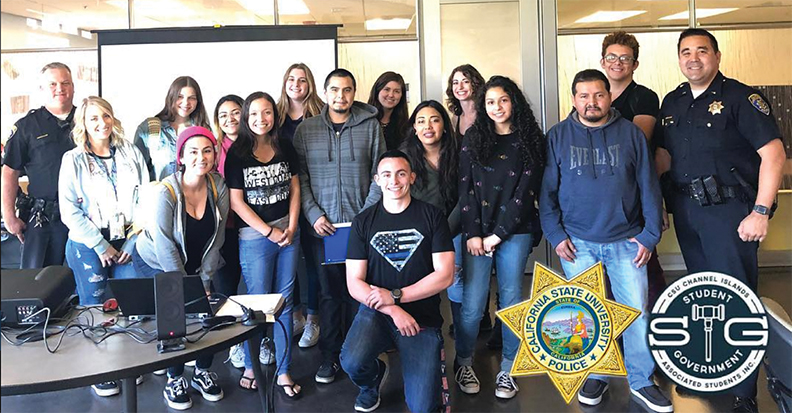 The FBI defines an active shooter as “an individual actively engaged in killing or attempting to kill people in a confined and populated area.” However, according to Lieutenant Jetton, a member of the CI police, “It doesn’t necessarily have to be with a firearm, it doesn’t have to be actual shooting, it can be a knife … or something other than a firearm.”

The three locations that an active shooter situation took place most often were places of commerce (45.6 percent), education (24.4 percent) and government (10 percent). Even though these three areas are more likely to have an active shooter event, an active shooting can happen anywhere.

“The most important thing is to have a plan,” Lt. Jetton said when asked what to do in the event of an active shooter at CI. “I can’t tell you what you are going to do. It is really going to depend on where you are, what the situation is and what you believe.”

CI has a campus-wide notification speaker system that goes through the phones that are on campus. It will interrupt phone calls and tell everyone on campus to take steps to protect themselves.

“There are areas on campus where there are no phones,” Lt. Jetton said, “and we have identified those areas and we have speakers installed so no matter where you are on campus you should be hearing that announcement.”

Additionally, there is CI Alert. CI Alert allows for mass text messages and emails to be sent to specified phone numbers or email addresses. Students can set up or update their CI Alert information by going onto their myCI and clicking on the My Apps tab in the top right corner of the screen.

CI also teaches Homeland Security’s run, hide, fight model of how to respond in the event of an active shooter. For run, it states: “Have an escape route and plan in mind. Leave your belongings behind. Keep your hands visible.”

If one chooses to hide: “Hide in an area out of the shooter’s view. Block entry to your hiding place and lock the doors. Silence your cell phone and/or pager.”

Lastly, for fight: “As a last resort and only when your life is in imminent danger. Attempt to incapacitate the shooter. Act with physical aggression and throw items at the active shooter.”

“Our officers are all equipped with state of the art gear; rifles and protective equipment,” Lt. Jetton stated. “Our officers also drill with that equipment monthly. They are required by policy to be able to get into all that gear with their rifle in 30 seconds.”

The CI police offer student training once a semester in collaboration with Student Government. They also offer training for staff and faculty through HR. Even though this training is usually once a semester, Lt. Jetton stated, “If there is a need or multiple people come forward and say they want another training, we are open to providing additional trainings.”

The next training date has not yet been set, however students should keep an eye open for it happening towards the beginning of the fall semester.