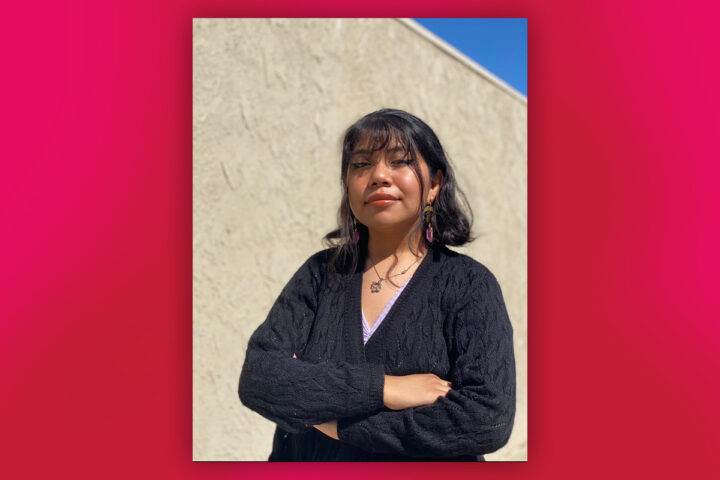 With the 2021-2022 ASI Elections fast approaching, candidates are working towards making their platforms known to students. The same can be said for 20-21 Student Government Senator for Commuters and Transportation Services, Ilien Tolteca, a sophomore Chicano studies and studio art major.

Tolteca was appointed as a Senator this academic year and when asked about it, they said “I wanted to do something regarding our commuter population on campus,” but due to COVID-19 they have not been able to do as much as they hoped in this area. Running to be a Student Government Senator for this coming academic year, they are looking to change that. “I’m hoping that with running for senator now, I’m able to continue my work in advocating and helping to be the voice for a lot of our student body when it comes to some of the issues that impact our community as well as continuing my role, possibly, as the Senator for Commuters and Transportation Services”. In the ASI Elections, students run to be a Student Government Senator, and after taking office, at the first Senate meeting of the academic year, the Senate votes on the specific emphases for each of the Senators.

For example, Tolteca believes that a lot of commuters have a hard time finding the Multicultural Dream Center and other free printing areas on campus. Tolteca would like to change this and make the information more readily available to commuter students. Tolteca has noticed that during their time at CI, “there hasn’t really been much progress there” when referring to commuter ease of access and updates about things on campus, and they said, “but I’m hoping to at least push for that”.

Throughout the current academic year, services such as counseling and tutoring have become virtual. It has come to Tolteca’s attention that prior to the pandemic, these resources were not as readily available and that “a lot of students with disabilities had been enraged at the fact that we had been able to easily accommodate to virtual learning and resources like that, when previously they had been denied those resources.” If elected, Tolteca would advocate for those resources to still be available for all students in a virtual capacity. Another area that Tolteca would like to advocate for is the LGBTQ+ community and if elected, they hope to do more advocacy regarding the LGBTQ+ community on campus.

Overall, Tolteca is passionate about making CI a community for commuter students and not solely a place for commuters to get an education. Tolteca says that “our campus is known as a commuter campus and a lot of the time, a lot of the students come and go, and they don’t really get to engage much with the clubs or anything going on”. Tolteca wants commuters to “find benefits and resources because that’s a huge struggle that a lot of students have been going through”.

On the ASI website, where the candidates’ platforms are located, Tolteca states, “I believe it is essential to create a sense of community between our students and campus for Dolphins to exceed in all aspects of their education here at CSUCI.”