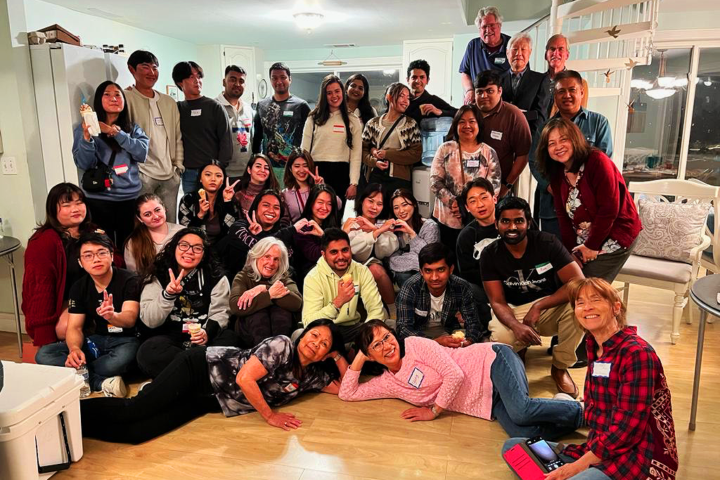 The CSUCI International Group, which is not affiliated with the University, consists of volunteers who want to support international students in Ventura County, and they have been helping these students since the fall of 2009.

I wanted to know why these students chose to attend CI, and their reasons varied. Aigerim Zhunussova, a first-year working on her master’s degree in computer science, explained that she chose CI because of its location relative to Los Angeles. Coming from Kazakhstan, she wanted to be able to focus on her studies while still having access to entertainment in LA.

Junior economics major Ana Paula Riera from Ecuador also cited location as her reason for deciding to come to CI. She liked that CI “was close to the beach and in California.”

Karthikeyan Krishna Raja, a first-year master’s student in biotechnology and business administration, came to CI from India for the academic offerings. CI’s dual degree program has made it possible for him to pursue both of his majors at once.

Adjusting to life in a new country can be a tough process, so I asked the three students if they had experienced any difficulties since moving to the United States. Zhunussova could not think of any. She explained, “All of the people are so nice. I found friends, and also I like that (there are) variants of clubs.” She is a part of the Kake Pops club and is also considering starting a Muslim Student Association, since one does not currently exist at CI.

Raja mentioned that “it is expensive all (around) here,” and Riera shared that transportation has been a struggle. Riera anticipates having to buy a car for next academic year when more of her classes return to an in-person format.

Zhunussova gave “possibilities” and “freedom” as words for the United States, and “hospitality” for Kazakhstan. She feels that international students seek the possibilities to make new friends and learn things in specialized fields that may not be as accessible in other countries. She appreciates the diverse mix of cultures in the United States and the freedom people have to speak their minds.

Finally, I asked the three to give a rating out of 10 for their satisfaction with their experience as international students at CI. Zhunussova gave 8 out of 10 points, holding back two points due to the pandemic limiting her ability to meet other students and attend classes in-person.

Raja gave 8 out of 10 as well, citing the high cost of living as a drawback, but saying that he is enjoying his classes very much.

Riera gave full marks at 10 out of 10, adding that she has received more help than she expected while attending CI. She explained that following many CI-related accounts on Instagram helped her get information about programs like Basic Needs. She also appreciated that the online format of her courses has helped her save time.

We, as international students, have some things in common, like a language barrier or cultural difference, and we can share these struggles with each other. CSUCI International Group, as well as CI’s International Programs office, plan to hold more events in the future. I hope we all have a great time at CI and I look forward to growing the connections we made at this dinner.