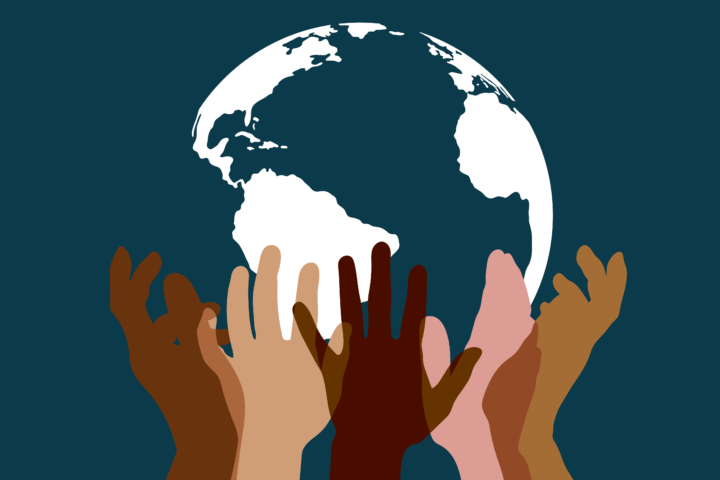 AB 1460 was a new law passed by Governor Gavin Newsom on Aug. 17, 2020. The information for the bill can be found at California Legislative Information and it states “This bill, commencing with the 2021–22 academic year, would require the California State University to provide for courses in ethnic studies at each of its campuses.” This bill will make California the first state to include an ethnic studies class as a graduation requirement at some of its colleges and will be under general education, Area F. The California State University is the largest public university system to add this new graduation requirement.

According to EdSource, this law requires students. in all 23 CSU campuses, to take a 3-unit ethnic studies course. Dr. Gregory Wood, physics professor and Academic Senate Chair, along with Monica Pereira, Head of Collection and Resource Management, said, “AB 1460 identified four historically racialized groups: Native Americans, African Americans, Asian Americans, and Latina/o/x Americans whose cultures and histories had been minimized, and even denigrated.”

They went on to add, “Students of color and white students benefit from acquiring a deeper understanding of these cultures and histories … the Chancellor’s Office has recommended that Ethnic Studies be offered as a general education (GE) requirement in the CSU system.” The bill was proposed by Assemblywoman Shirley Weber and passed the Assembly and the Senate in 2019. The implementation of the ethnic studies requirement could cost the CSU system $16.5 million per year.

“I wasn’t aware of an ethnic studies requirement until recently, but I believe it makes sense and is necessary for education. Yes, I think it is a necessity, it’s only one class that helps diversify thought,” stated Matt Martinez, a senior organizational communication major.

A couple more students agreed, “The new ethnic studies classes are great for students to be more knowledgeable. I think it is great that CSU recognizes the lack of ethnic studies,” said Clepsy Hernandez, a junior art studio major.

Maritza Vega, a senior global studies major stated, “I believe the new requirement is great because students can get to learn about history or topics that many high schools didn’t teach. I believe these courses will help the CI campus community by allowing even more diverse topics into the curriculum. This contributes to acceptance and respect towards our ethnic students.”

When asked about whether they would take an ethnic studies class, the interviewed students stated that they would be interested in taking an ethnic studies course as it would help improve their views and perspectives on people of diverse ethnicities and backgrounds. However, one student did not believe the new implementation should be a requirement, but rather an optional class. “I definitely think having it optional would be better. To me, an ethnics study class isn’t necessary and again I mean that in the nicest way,” stated Courtney Doucette, a sophomore pre-nursing student.

Tulio Marroquin, a senior organizational communication major, also thought that ethnic studies are vital for implementation in other states by saying, “I absolutely believe these courses should be mandated in all universities. The history we have been taught in high school is wrong. It’s disappointing knowing that California is the only state implementing this requirement, because in California we are a melting pot of diversity and acceptance of different cultures. We are still growing and learning, but there are many states across the country that are in desperate need of ethnic education.”

Wood and Pereira stated, “The Ethnic Studies requirement was mandated by AB 1460 to enrich the education students receive and help them prepare to engage in an international and plural society. Ethnic Studies courses offer a full appreciation of how other cultures have developed, an appreciation for the growth and development of such cultures, and an acknowledgment of how much of those cultures have been absorbed into the dominant culture. In addition to the scholarly inquiry, Ethnic Studies courses showcase the histories of other cultures and imbue a sense of pride in what those cultures have to offer.”

As mentioned by Charles Toombs, president of the California Faculty Association, on EdSouurce, Gov. Newsom’s signature demonstrates “his understanding of the power of a true ethnic studies graduation requirement to change people’s lives and to change the racial trajectory this state and country are on.”

“I think it’s way overdue as it’s important to educate all college students in these fields. It should be mandated nationwide … Having a mandated (ethnic studies) course will force students to learn and face the reality of America and the real history of America. As long as it’s not the white narrative and the reality of how America came to be,” stated Marroquin.

Keyairrah Watkins, a senior psychology major stated, “Yes, an ethnics study should be implemented in all universities as it will help the overall community become better as a whole, the atmosphere would change, and students will leave college with better knowledge of different ethnic backgrounds that they can teach to their families and future kids. I think it is completely crazy that such courses were not already implemented as a general requirement. People come to college to gain a better understanding of the world and learning about the diverse cultures that surrounds them should have been a part of it a long time ago.”

The law will go into effect for students graduating in 2024-25, meaning that students entering as freshmen in the fall of 2021 will be the first to take on this requirement. “Students graduating in the 2024-2025 academic year are required to take at least one 3-unit Ethnic Studies Course. Currently all Ethnic Studies courses at CI are lower-level GE courses. It is intended that there will be upper-level Ethnic Studies courses,” stated Wood and Pereira. However, current students will not need to take the requirement to graduate and “in future years, no additional units will be required to graduate and this is also mandated in the bill,” stated Wood and Pereira.

As reported by EdSource, the CSU system has been a leader in ethnic studies education. An example of that is the College of Ethnic Studies at San Francisco State, which in 1969 became one of its kind in the country. Another example is Cal State Los Angeles and its creation of the first Chicano studies program in 1968. Currently, all campuses in the CSU system, except the Maritime Academy, offer at least one ethnic studies course.

While there have been previous discussions throughout the years over the idea of requiring an ethnic studies course to graduate, there has been a push to add this requirement due to the nationwide anti-racism protests that have occurred. The analysis of what is happening on the streets has been a demonstration of the necessity of understanding the experiences and perspectives of oppressed and marginalized groups.