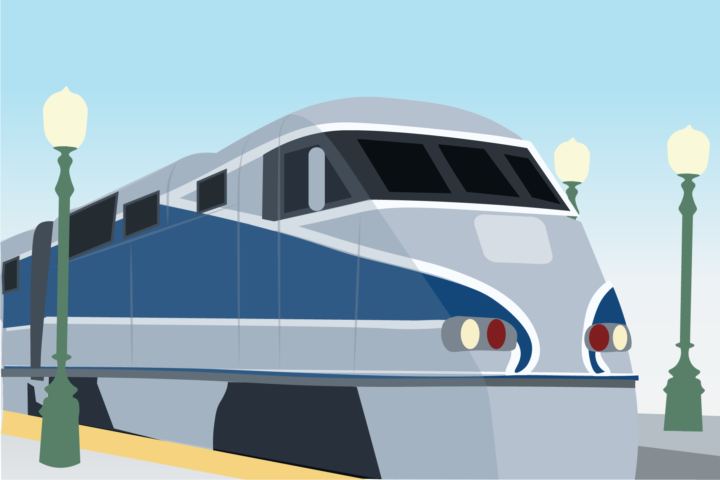 Metrolink announced that they are offering two free round-trip tickets to students, faculty and staff who create an account on Metrolink’s App using their CI email until Dec. 16, 2022. Students can also get 25% off any tickets or passes purchased through the app.

Metrolink serves six counties in Southern California, offering CI students a great way to go on an adventure during the weekend. With stops going to San Juan Capistrano, Downtown LA, Oceanside and more, exploring Southern California is easier without having to sit through traffic or pay for gas.

Metrolink offers a cheap way for students to commute to and from campus. The Camarillo Station is a 10-minute drive from campus and is also accessible through Ventura County Transit Commission bus route 97. This route stops on campus and is free to students. CI students can ride any Ventura County Transit Commission bus for free by activating their school ID card at Placer Hall with Parking & Transportation.

Tickets for the general public on Metrolink are also very affordable, ranging from $10 to $20 depending on where you are coming from. CI Police Department Customer Service Coordinator Karly Ibrahim attended the Metrolink Event with Ekho at the LA Union Station. She spoke about her experiences using Metrolink: “I was quite surprised at how easy the process was. I downloaded my round trip ticket via their mobile app, hopped on the train, and picked out a seat.”

Trains come infrequently through Camarillo Station, however, that does not mean that this is time lost. Students commuting from CI can take the time to study at the John Spoor Broome Library, participate in campus events or participate in clubs or organizations on campus while waiting for their train. It is also important to note that Metrolink has a partnership with Amtrak to allow riders to use their tickets for certain trains, namely A761, A770, A777 and A784 on the Pacific Surfliner that passes through Camarillo. This makes traveling to and from campus more consistent and accessible.

Riding a train can be a productive and rewarding experience, despite the large gaps of time between trains. Seats come with a backseat table, like ones found on airplanes, which can be used to complete coursework and readings or write papers while watching hills and buildings whirl by. The CI View spoke to Sean Gowey, a senior business major, about his recent experiences attending CI’s Dodger Day in late September. He said, “I was able to use the train to go to Dodger Day in Los Angeles … I was talking to my friends while we were on the train, it was a nice view, fairly pleasant.” Using the trains gives you the time and ability to hang out with your friends while on the move.

Exploring the surrounding areas can also be a nice break and a great way to get to know Southern California in between trains. When asked about this, Ibrahim said, “I enjoyed my time looking out the window at the (various) cities … (There) was about a 3.5-hour gap until the next train was headed back to Camarillo. I took this time to explore Olvera St. and read a book.” Gowey was able to spend a little more time in Downtown LA before heading back to campus. He said, “While we were waiting for the train to go back, we went to go get sushi for dinner a few blocks away from Union Station.”

Metrolink offers an affordable way to commute to and from campus with stations across SoCal. Trains are a great way to spend a day away from campus. This Metrolink fall back-to-school deal is fun and free, so it is worth taking advantage of as a student at CI.