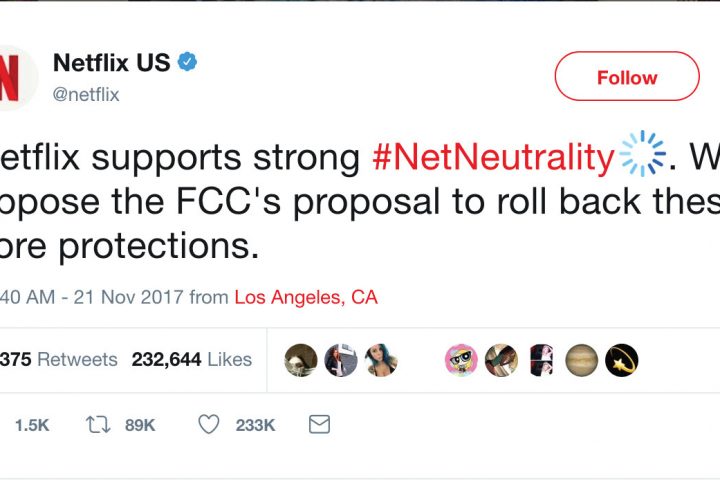 Net Neutrality is a principle in which Internet Service Providers (ISPs) enable access and applications to the internet to everyone. Under these rules, ISPs are not allowed to favor or block a particular website or throttle internet speeds based on how much a customer pays.

According to The New York Times, the Federal Communications Commission (FCC) voted to repeal Net Neutrality rules on Dec. 14, 2017. However, it is likely consumers will not see an immediate alteration within their internet service and it will take several weeks for the repeal to take effect.

What does this mean in terms of internet use? According to the Los Angeles Times, customers will begin to experience buffering and delays while watching Netflix, YouTube and other streaming websites. Costs will eventually increase if the consumer wants faster searches and loading times. Consumers may even have to start paying extra for social media sites such as Twitter and Snapchat.

However, due to these recent events, legal battles are being fought across the country. Lawmakers in six states, including California, have introduced bills that would prohibit ISPs from blocking and slowing down online sites, according The New York Times.

So, what can consumers do to help save Net Neutrality? According to The Independent, groups such as The American Civil Liberties Union and Save the Internet have created tools that allow people to sign petitions. People can also ask their Members of Congress to use the Congressional Review Act to reverse the FCC’s plan to repeal Net Neutrality. The Congressional Review Act empowers Congress to review any new federal regulations
issued by the government.