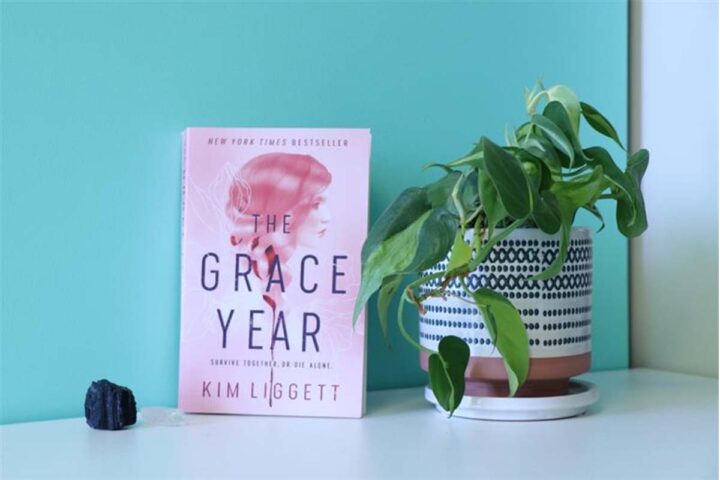 If you use the popular video app TikTok, there is a good chance you have seen or heard of “BookTok.” BookTok refers to a section of the app where users share books they have read and enjoyed. Some books have achieved immense popularity as a result of being shared on TikTok. I recently got the chance to read one of these popular books: “The Grace Year” by Kim Liggett.

You can think of “The Grace Year” as an ambitious blend of elements from “Lord of the Flies,” “The Hunger Games” and “The Handmaid’s Tale.” In the novel’s dystopian village, women are believed to possess dangerous magical abilities that allow them to control men. To curb these powers, all 16-year-old girls are sent to an encampment for a duration known as the grace year.

During the grace year, the girls are forced to rely on their own abilities to survive, with the hope that they will use up their dangerous magic before returning to their home. Upon returning, they are destined to become either wives or workers. Finally, girls who survive the grace year are forbidden to speak of its trauma when they return to normal life.

The book’s protagonist, Tierney, has a different idea of what life could be for herself and her fellow women. An outcast, she adamantly refuses to accept the fate handed to her and has an attitude that gets her into trouble with many powerful figures throughout the story. She is forced to wrestle with the horrific treatment of women in her society and struggles to unify the other grace year girls against the dangers that seek to turn them against one another.

“The Grace Year” does not shy away from difficult and potentially upsetting content. It is violent and grapples with topics of sexual abuse, misogyny and torture. However, this novel also has the power to inspire hope through the resilience of the young women against all odds.

As a reader there were elements of this novel that seemed a little lazy. Some revelations were predictable and some rescues were overly convenient. Many of Tierney’s skills had me questioning whether she would realistically be able to pull off such feats.

For the most part, however, the characters were well-rounded and Liggett used their story arcs skillfully to explore what might happen amongst an entire camp of frightened teenage girls. The novel was also well-paced, with unexpected plot twists that kept me hungrily turning the pages.

Liggett’s target audience is young adult, and thus the prose is clear and easy to understand. However, the broader themes are complex enough to catch the attention of older readers.

The novel’s ambiguous ending, paired with its themes of female empowerment, unity and hope for a better future, make it a novel that I thought and talked about for days afterward. For a digestible yet thought-provoking piece of reading, I highly recommend reading “The Grace Year.”