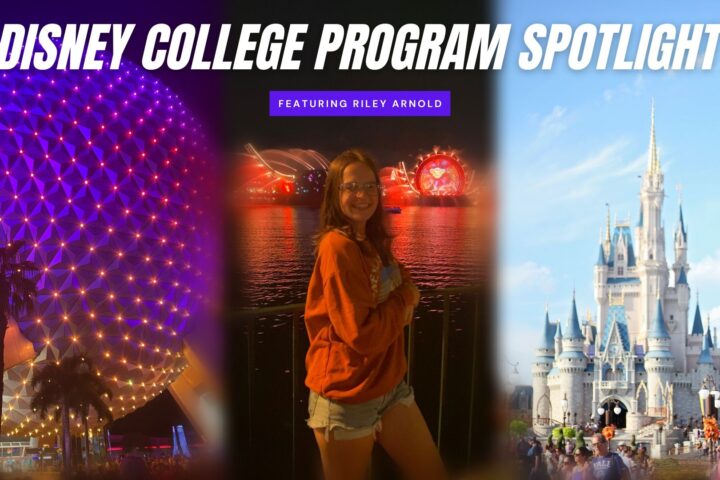 We know and love Disney for producing some of our favorite childhood shows and movies and giving us magical experiences at their parks. But we do not have to leave the magic in the past – the Disney College Program (DCP) allows current college students and those that have recently graduated to build skills through classes and hands-on experience in the park while earning college credits.

DCP was founded in 1981 to offer participants an immersive Disney experience in addition to trainings and paid internships. They provide their students housing near the park and buses for transportation back and forth. The program can last four to seven months and is open internationally. Riley Arnold, a CI alumna who graduated with her B.A. in early childhood studies in May 2022, is currently attending DCP at the Orlando, Florida location and offered some insight on her experience so far.

Arnold began the program June 20 and plans to stay until the end of January. She has not yet started classes but looks forward to attending them soon, which will include topics like leadership 101 and networking. In her time with DCP so far, she said, “I’ve just been working five to six days a week. And then on my off time really just spending time with my friends, gaining new experiences, going in the parks, which, I never thought I’d be able to do, like, every week.” She is taking full advantage of both the professional and fun opportunities from the program.

Arnold majored in early childhood studies with the intention of going into teaching, but always knew she wanted to do DCP before pursuing her career in education. She plans to extend into a professional internship after the program, hopefully with Disney’s Animal Kingdom Theme Park as a Wilderness Explorer Troop Leader, where she can teach kids about wildlife and conservation. DCP allows her to have her foot in the door with Disney to seize a fun and engaging teaching opportunity prior to her professional career.

When asked if Arnold recommended DCP to CI students, she responded, “100%” and commented, “It’s really the mindset you go into … small Disney fan versus big Disney fan, I don’t think it matters … I think it’s just how you’re going to go into this and creating those memories and experiences.” Arnold acknowledged that CI has a large commuter population, so DCP would be a chance to “go off on your own” and work on independence in a new and different place, but with the support of the program and its members. Her peers range from 18 to 27 years old, which demonstrates the diversity of the program and is encouraging for non-traditional students to get involved.

If you are interested in following Arnold’s journey, she documents it on her Instagram @rileys.runaway.railway. Visit https://jobs.disneycareers.com/Disney-programs#college for more information on eligibility and a link to the online application. We hope you consider this unique opportunity to work with the “Happiest Place on Earth” and gain professional development, personal connections, and college credits!