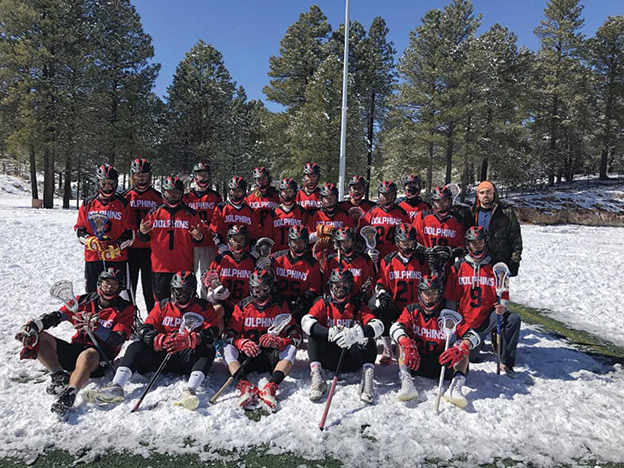 Every spring semester, the CI Lacrosse Club gets the opportunity to compete in the Division II Southwestern Lacrosse Conference, promoted by the Men’s Collegiate Lacrosse Association. Edward Farrell, a business major, is the current president of the Lacrosse Club.

Farrell played football in his high school years and he joined the CI Lacrosse Club when he was a freshman. He has been president for the last three years and spoke with The CI View about the club. This spring semester was his last playing season, but he will remain president of the team through next year.

“Now in the past three years we have a much more dedicated team …which is huge for us.”

While the Lacrosse Club’s rank standings for the last five seasons have been at the bottom of the barrel, Farrell explained the priorities and the differences between the CI team and teams from other schools. “We’re completely a student organization,” he said. “A lot of the other schools have big budgets, their players are highly recruited players, they can offer scholarships and things like that for them.”

Farrell explained that all the teams in the league are competitive, but he mentioned one specific team that is a main rival: Marymount. As a matter of fact, the CI team already played against them and won with a score of 7-4.

Farrell praised the club’s progress since he joined, stating that the club has come a long way. “I think we have made a lot of progress,” he said. “It went from a heavy senior team and a shallow roster, and we didn’t have that many people … so we did a lot of recruitment. Now in the past three years we have a much more dedicated team …which is huge for us.”