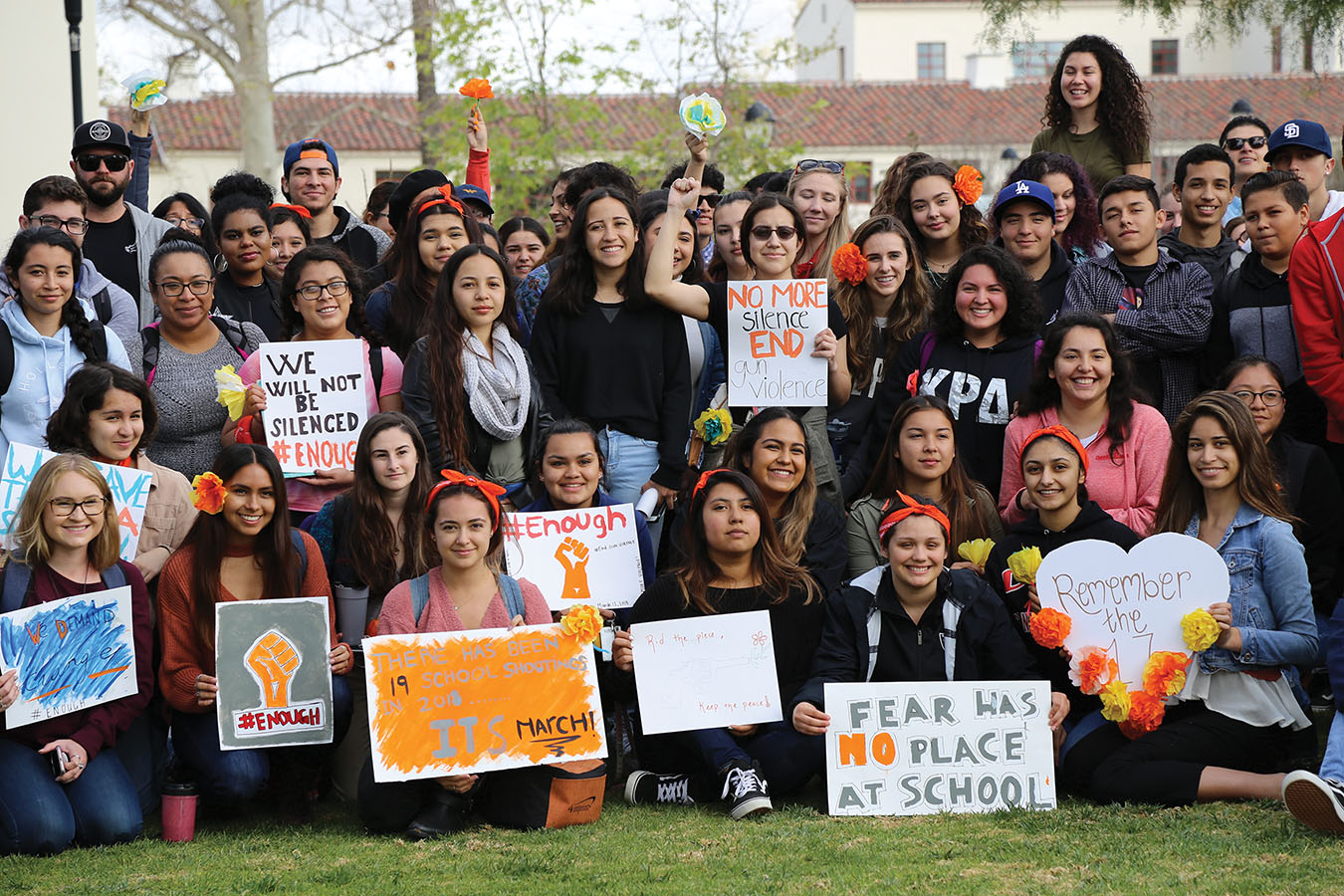 There have been over 200 school shootings in the U.S. since the early 2000’s,
according to The Huffington Post. On Feb. 14, Stoneman Douglas High School in Parkland, Florida was added to that list. On this day, 17 people were killed and 17 were left wounded, leaving a total of 34 victims.

Since the shooting, students around the nation have come together to protest the current gun laws in America in hopes of reaching the attention of the government.

On March 14, the one-month anniversary of the Parkland shooting, CI held a walkout known as “Remember the 17.”

“This is something that’s going around nationally as an ‘enough’ campaign, however it is very different here at CI because we want to remember the 17 lives lost and create a moment where students are able to gather and really mourn,” Student Government Vice President Alexis Mumford stated.

This walkout, organized by Student Government Senators Kirone Brown, Angela Christopher, Matt Federis and Sary Nguyen, created an opportunity for students to gather as a community, share their experiences and show support.

Included in “Remember the 17” was a poster board covered in flowers that students had created in remembrance of the 17 lives that were lost in the shooting.

Student Government Senators had also created a cutout heart with the words “Remember the 17” for people to take photos with. This walkout was meant to promote unity and remind students that we are all connected.

While it is important to remember the lives that were lost in the Parkland shooting, some students believe that it is equally important that we take action to make changes with the issues of gun control and active shootings.

Patrisia Saenz, a Chicano Studies major, stated, “We need to mourn, yes, because self-care is important, but we also need to acknowledge (that) this is an issue that’s happening now and has been happening for the past couple years. So how long and how many lives have to be lost in order for us to actively (say), ‘Hey, wake up’?”

According to The Washington Post, students from other campuses across the country have voiced that the focus on gun control is not just about Democratic or Republican preference. What students want is for lawmakers to recognize the problem of gun violence and take action to correct it.

“I want to be a teacher … but you know with all the gun violence and all that … If we don’t take care of this soon, I don’t want to end up on the news as someone in the hospital advocating for gun control, or worse off, dead,” Angeles Castillo, a Chicano Studies and history double major, stated. “Thoughts and prayers won’t work. We need action, we need it now.”