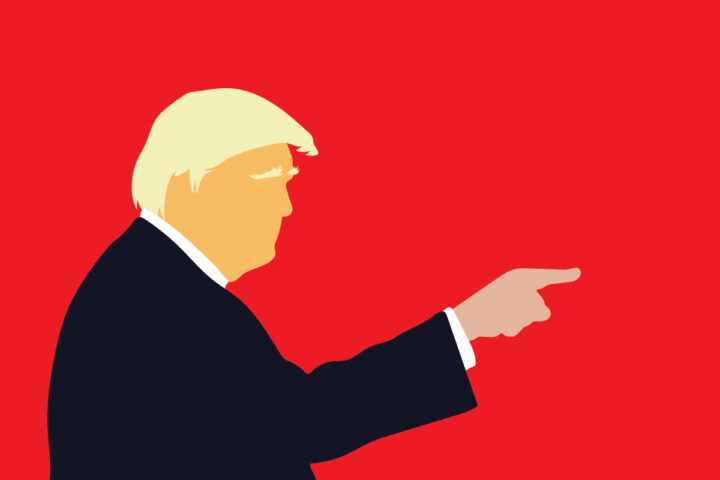 The 2020 election is coming to an end, with the last day to vote being Nov. 3. While many people cling to their party identities when choosing who and what to vote for, it is important to fully think about the values you support as a voter and the platforms each candidate supports. If you are intimidated by the thought of approaching the litany of official platform statements, here is a summary of the Republican Party’s 2020 platform.

Incumbent President Donald Trump is the Republican Party’s 2020 presidential candidate, along with his running mate and current Vice President Michael Pence. Trump’s campaign website touts the successful achievement of promises he had made during his 2016 campaign. It cites the changes Trump’s administration made in economy, immigration, foreign policy, national security and defense, economic regulations, land and agriculture, law and justice, health care and veterans, among other areas.

Regarding the Republican Party’s official 2020 platform, the party, being unable to convene for a 2020 National Convention, decided unanimously to support Trump and Pence’s campaign and readopted its 2016 platform. This platform is based on the idea and belief of American Exceptionalism, or the belief that America is unlike any other nation, as outlined in the preamble of the official Republican Platform document.

Economically, the Republican platform supports rebuilding the economy and creating jobs. The 2016 platform describes undoing the effects that the Obama administration had on the economy. Also, the party stresses to lower taxes as a way to promote economic growth. They also believe that lower corporative taxes will allow American businesses to become more competitive in the global market, boosting the U.S. economy.

The Republican Party supports a traditional definition of marriage. That is, that marriage must be between one man and one woman. They argue that U.S. government’s recognition of same-sex marriages violates people’s right to define marriage as between a man and a woman, and that it is therefore a violation of religious freedom. Their platform seeks to restore the sole recognition of traditional marriage.

Gun rights are also a pressing issue for the Republican Party. Since the right to bear arms is established in the second amendment, the official republican platform opposes gun restrictions. Restrictions such as background checks are often viewed as violations of this right. The right to bear arms is seen not only as a constitutional right, but a necessity to protect oneself or one’s family.

Abortion is considered a violation of the fifth amendment, and therefore is not supported by the Republican Party. The Republican platform is pro-life, supporting restrictions and bans on abortion as well as defunding Planned Parenthood, which provides reproductive health services such as abortions.

The Republican Party views agriculture and energy as two important sectors of the economy and source of jobs for Americans. They support expansion of pipelines and power grids to create wider availability and affordability of energy. They also support the use of coal, oil and natural gas as energy resources, arguing that restrictions on fossil fuels damage the American economy and destroys job opportunities.

Concerning immigration, Trump boasts on the implementation of stricter immigration requirements. The Republican platform seeks to reform the immigration process, as it is believed to be too open. They consider immigration laws to be a step towards protecting American communities and jobs. The Trump campaign website includes his action to “wind down the Deferred Action for Childhood Arrivals program,” and the rescindment of the Deferred Action for Parents of Americans program as examples of his accomplishments in this subject.

Trump has also called on congress to fund a wall on the border between Mexico and the U.S., end chain migration and eliminate the visa lottery program. These are all actions taken to restrict immigration to the U.S. and they reflect the Trump Administration’s view on immigration as a danger to American jobs and communities.

Should he be elected for a second term, in addition to the previously stated values, Trump has said that he would like to eradicate COVID-19, end the US’s reliance on China, “drain the swamp,” defend the police and support the America First Foreign Policy.

To eradicate COVID-19, Trump plans to develop a vaccine by the end of 2020 and “return to normal” in 2021. He also plans to refill stockpiles and prepare for future pandemics. In healthcare, Trump promises to cut prescription drug prices, lower healthcare insurance premiums, protect social security and Medicare and protect veterans.

In relation to China, Trump wants to bring jobs back to the United States from China. He hopes to do this by allowing 100% expense deductions for essential industries bringing back manufacturing to the U.S., as well as not allowing companies who outsource to China from receiving federal contracts.

“Draining the swamp” has been a key part of Trump’s campaign since he ran in the 2016 election. By this, Trump’s campaign means to say that they wish to root out corruption in politics. This would be through passing congressional term limits and exposing money trails in Washington, among other steps.

Remember that no matter who you vote for, conducting proper research before exercising your right to vote is a key part of maintaining a functional democracy. For more information, the official Trump campaign website is https://www.donaldjtrump.com/, and the 2020 Republican platform can be accessed here: https://prodcdnstatic.gop.com/docs/Resolution_Platform_2020.pdf