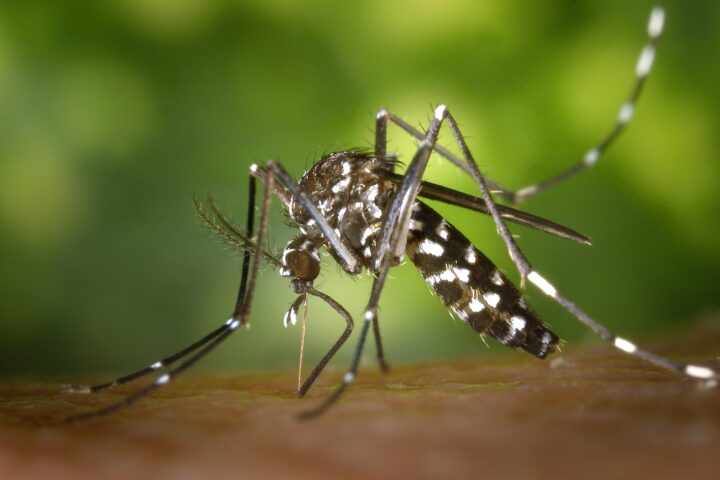 In early September, two new invasive species were discovered in Simi Valley. They are mosquitos called Aedes aegypti and Aedes albopictus, and there have been reports of them in Kern and Los Angeles county with a growing population. A. aegypti have also been found in Thousand Oaks within the last weeks by Ventura County officials. They are not similar to Salt-marsh mosquitos, that have little evidence for transmitting disease, and can be extremely hazardous for carrying potentially fatal diseases.

According to Ventura County’s emergency website, A. aegypti and A. albopictus are black with white stripes on their backs and legs. They are known to aggressively bite during the daytime, can be found both indoors and outdoors and lay their eggs in any kind of container that can hold at least one teaspoon of water.

Some examples of places where they can potentially lay their eggs are potted plants, bird baths and tires. Even if the eggs are placed upon a dry surface, they can survive up to six or more months, and all it takes is water to hatch them. One way to reduce mosquito breeding is by limiting potential container and water sources on one’s property. A guiding checklist for potential breeding places can be found here.

The best plan of action to protect yourself from these mosquitos is to empty out and clean items that hold water inside or outside your home. It is also advised to put tight coverings on any storage containers to discourage access for their egg laying; or, you could also use a wire mesh with holes small enough to deter mosquitos. Filling plant saucers with sand is another tip to discourage egg laying, along with generally keeping gutters debris-free.

The primary danger of this invasive species is what they carry with them. These mosquitos are not native to Ventura County, so their potential to spread diseases from other parts of the world can be likely, especially with travelers. Joyce Spencer, CI’s Environment, Health and Safety manager, said, “Aedes aegypti is able to carry viruses such as Zika, yellow fever, dengue and chikungunya.”

Spencer also wrote, “Per the County Vector Control: If you are being bitten by small black mosquitoes with white stripes in or around your home, especially during daylight hours, please call the Vector Control Program’s Mosquito Complaint Hotline at (805) 658-4310.”

Overall, the new invasive mosquito species, A. aegypti and A. albopictus, have recently been sighted and hold a potential threat in spreading various diseases. One main concern is controlling their breeding as their eggs require only a teaspoon of water to hatch and can survive up to six months or more. For more information, visit Ventura County’s emergency website here.