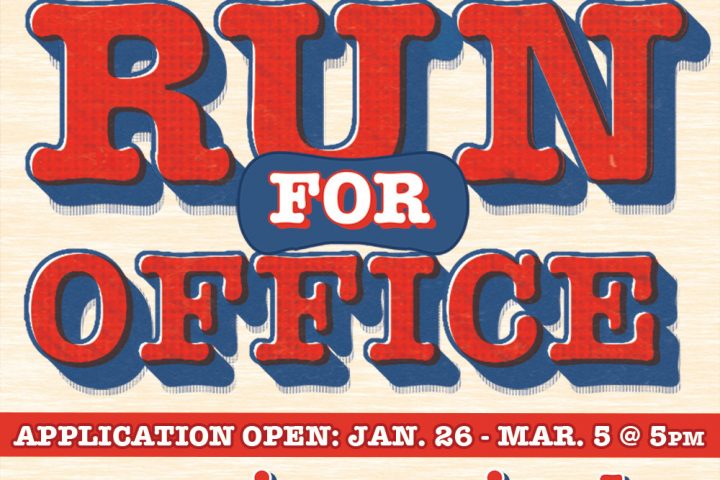 There are many ways for CI students to get involved on campus, both through volunteer work and job opportunities. The upcoming Associated Students Incorporated (ASI) Elections offer that, and more.

According to Daniel Garcia, former ASI Board of Directors Chair, ASI is “the umbrella organization that oversees the four student entities: The CI View newspaper, The Nautical yearbook, Student Government and the Student Programming Board,” as well as the Student Union. The positions that are open for election offer students “experience as leaders while becoming directly involved in policies affecting students.”

“All students are encouraged to apply and become leaders on campus, no matter what your discipline or major.”

Candidates running for Student Government President or Vice President must run together as a ticket. These positions are a one-year term and work 20 hours a week.

Students running for the ASI Board Director positions will have the option to choose between a one-year term and a two-year term. Both positions serve on the ASI Board of Directors, which consists of eight students and oversees all of ASI and the Student Union.

All candidates must attend one of six workshops, located in the Student Union Coville Conference Room 1080. For more information visit asi.csuci.edu.

As for why students should apply, Garcia states that students in these leadership positions “represent the campus at large and the interests of students,” and they will also have “direct involvement in allocation of student fees, and the organization of events on campus.”

Garcia believes that it is important for students to apply to these positions, as it is a great way for them to get involved on campus and they will have the ability to represent their fellow peers. “All students are encouraged to apply and become leaders on campus, no matter what your discipline or major,” he concludes. The application and more information on how to apply is available for students at asi.csuci.edu and is open until March 5 at 5 p.m.