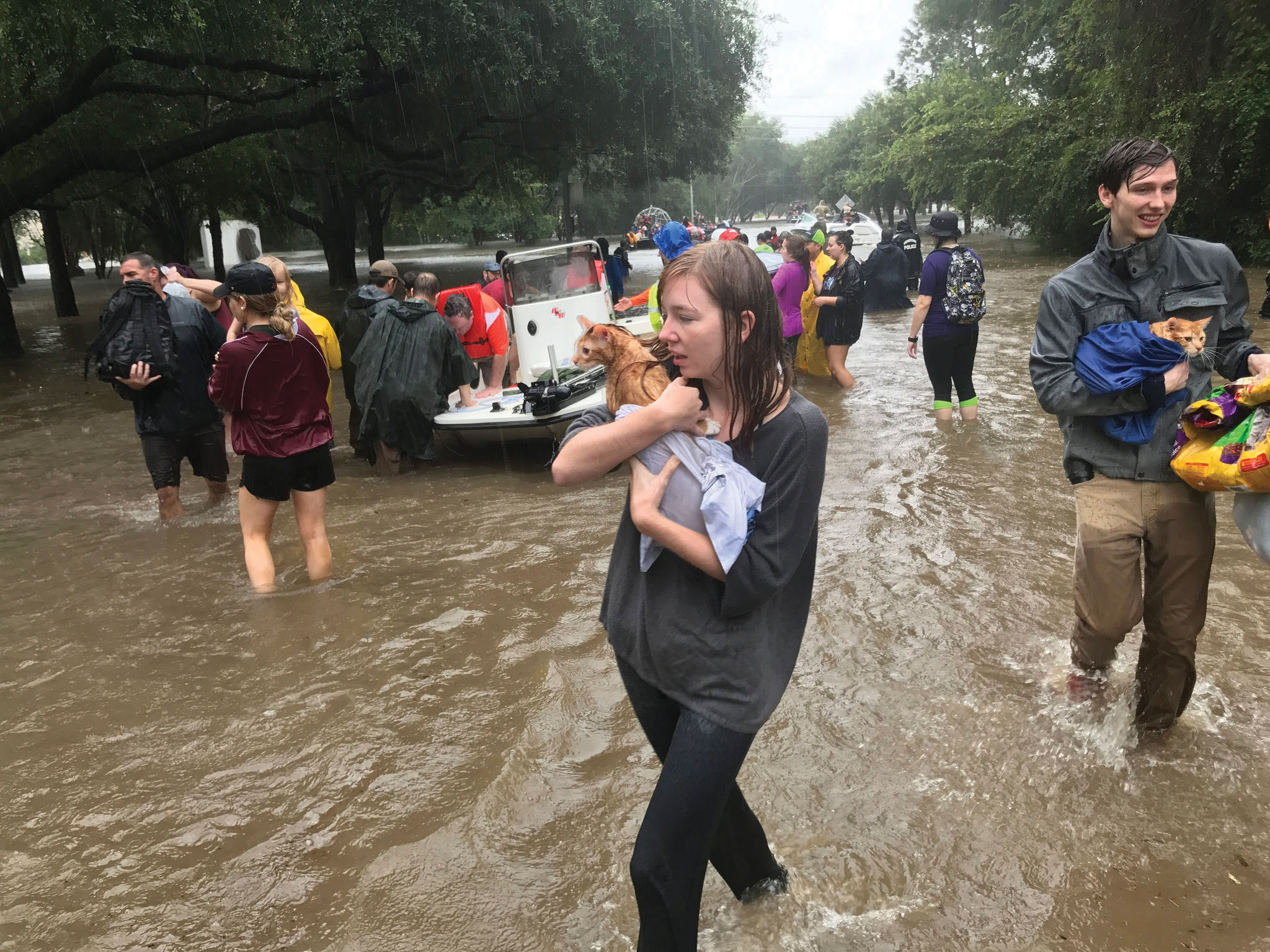 According to the New York Times, Hurricane Harvey hit a large area of Texas, stretching from Houston to Louisiana starting on Friday, Aug. 25. Reports say that there were wind speeds up to 130 mph. Major rainfall kept pouring in, possibly reaching as high as 40 inches. Due to the storm moving slowly, there was concern that the devastation would be more severe. “Due to the slow motion of Harvey and a prolonged period of onshore flow, water levels will remain elevated for several days,” a report from the New York Times stated. In fact, it’s reported by forecasters that the wind alone didn’t make Harvey so devastating. It was the storm surge, the waves that a hurricane typically pushes. The New York Times reported that devastation could add up to roofless businesses and homes and downed power lines, and electricity could be down for weeks. According to the Washington Post it’s been reported that 22 people have been confirmed deceased, however a post from the New York Times states the number increased to 39. Authorities add that no more than 13,000 people have been reported missing. The New York Times has reported that many organizations have helped victims into shelters and getting back on their feet. Students who want to help or gather more information can turn to organizations such as the Hurricane Harvey Relief Fund (https://ghcf.org/hurricane-relief/), and the Houston Food Bank (http://www.houstonfoodbank.org/).

On the evening of Friday, Aug. 11, white nationalists gathered at the University of Virginia carrying tiki torches and chanting racist slogans, showing their support for the “Unite the Right” march that was to take place the next day. This march was to protest the removal of a statue of Robert E. Lee from a park in Charlottesville, Virginia. On Saturday, Aug. 12, large crowds of protestors and counter-protestors began to form, and soon both sides clashed violently. A state of emergency was declared and not long after, at around 1:45 p.m., a car plowed through a group of protestors, killing a 32-year old woman named Heather Heyer and injuring at least 19 others. The owner of the car was later identified and is facing various charges against him, including second-degree murder. The New York Times states that at least 34 people were injured from the day’s events. In the aftermath of the violence, many people across the nation spoke out and held solidarity events. President Trump spoke out against the violence, and even Tiki Brand, the company that manufactures tiki torches, condemned the use of their torches by white nationalists and declared that they do not support the message being spread by the hate group.

California Wildfires
Recently a state of emergency was declared by Gov. Jerry Brown in the counties of Madera, Mariposa and Tulare. The fires in these regions are reportedly half-contained as of Sept. 14, yet even they are not the full extent of the 2017 California fire season. Though now fully contained, the Palmer Fire in Riverside County burned through 3,874 acres, while the La Tuna Fire in Los Angeles County burned 7,194 acres. The Sept. 10 edition of the “Ventura County Star” reported a string of small local fires off Pacific Coast Highway, East Telegraph Road and Highway 33. All of these local fires have been contained, but it serves as a reminder to take special care as we head into the dry season of Santa Ana winds, where conditions for these types of fires flourish.

The “Great American Eclipse” occurred on Monday, Aug. 21. This marks the first total solar eclipse visible from the United States in 38 years. According to the Washington Post, many people in North America would have been able to see the eclipse in totality. However, other states, such as California, may have only seen a partial eclipse. Starting at 10:15 a.m. (Pacific Time), the eclipse started in Oregon and raced through the country eastward, going through states such as Kentucky, Georgia, Tennessee and finally coming to an end in Charleston, South Carolina. However, the eclipse did not last the whole day. According to the Washington Post, the whole eclipse only lasted 90 minutes. The next total eclipse that will be visible in the U.S. won’t be until 2024.