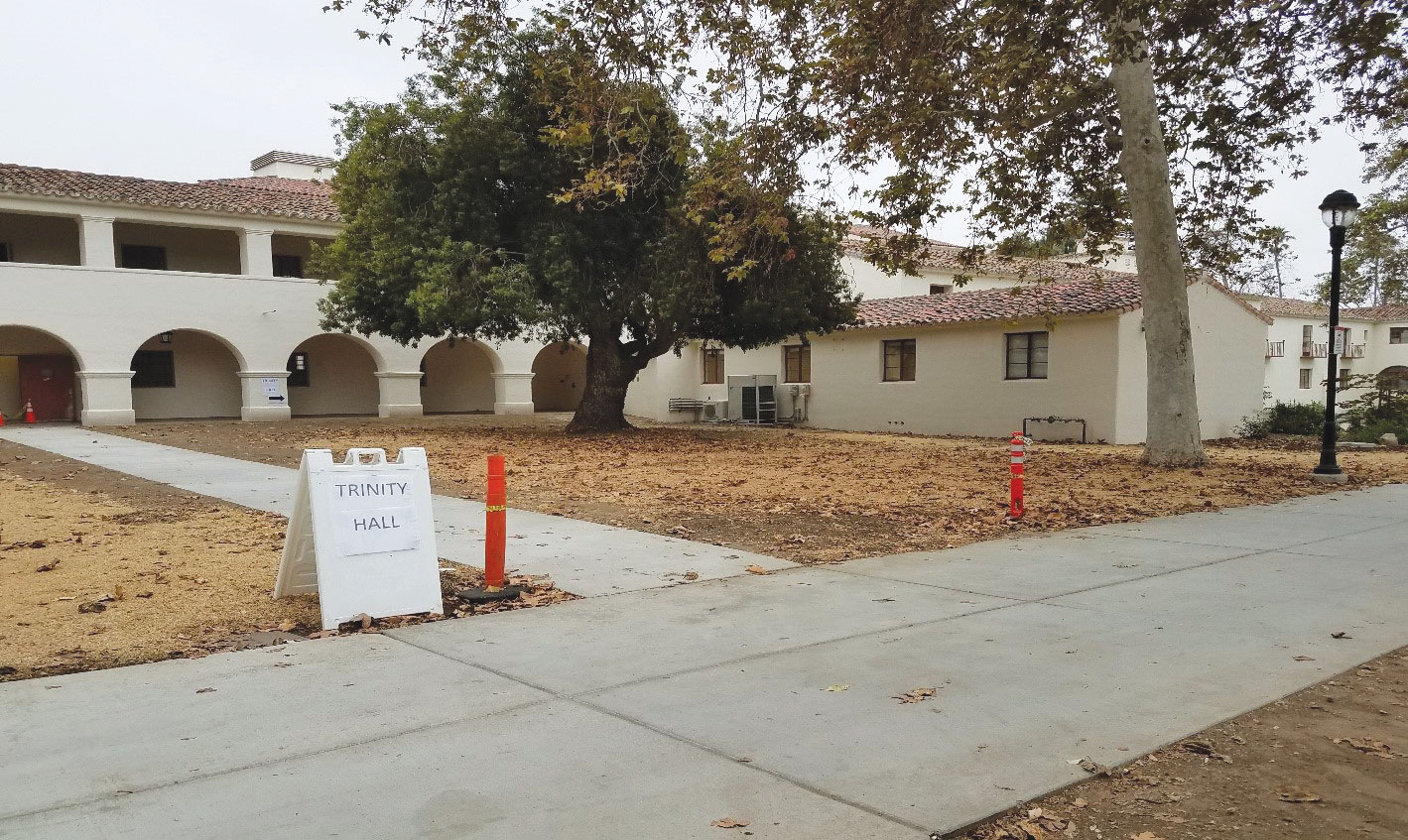 Trinity Hall is currently located in the South Quad in between the Santa Rosa dorms, Lindero Hall and the quad itself, and consists of a lone classroom standing amidst construction. According to one CI’s campus architects, John Gormley, the classroom is there to provide more class space to accommodate our growing enrollment while the rest of the wing is intended for office space in the future. He also stated that they were uncertain as to whether or not there would be another classroom there in the near future, so for now Trinity Hall’s classroom stands alone in the far south part of South Quad.