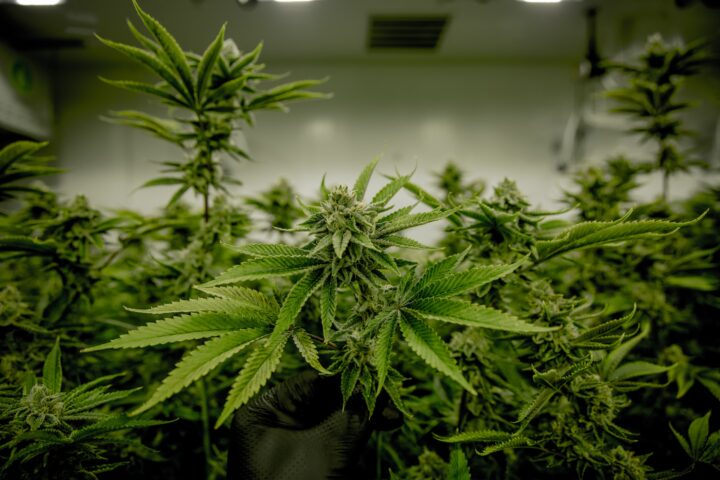 With voting well underway, Ventura County residents are voting on Measure O, a ballot initiative that could begin the cultivation of cannabis on local farms. Voting yes for Measure O could reap significant benefits for the county if it is approved this November.

Measure O would allow farmers to begin growing cannabis in pre-existing greenhouses. The land designated for the program represents less than 1% of Ventura County’s total farmland. To put this in perspective, if the farm off of Potrero Road near CI were to contain all of the expected facilities for the program, it would take up less than a quarter of the land. This example is, of course, purely hypothetical as the initiative includes a setback or distance requirement from schools.

The Ventura County Pilot Cannabis Cultivation Program authored the initiative. They were able to successfully put the measure before voters this year despite denials of past proposals by the county’s Board of Supervisors. Readers can visit the website for more details on the law compliance measures that allowed for the placement of the initiative on ballots this year at the program’s website, Ventura County Cannabis Program. The measure has also faced criticism from residents who fear an increase in the population of young consumers.

Although federal guidelines forbid the use or storage of cannabis products on campus, it is evidenced that student cannabis consumption has grown across the United States in recent years.

A 2019 study by Monitoring the Future (MTF), a research project conducted by the University of Michigan Survey Research Center, found that 43% of respondents ages 19-22 consumed cannabis on a weekly basis.

The study also found that only 24% of individuals from the same age group perceived that regular use of marijuana carried a great risk to their health. This data demonstrates a larger cultural shift towards the normalization of marijuana consumption among young adults. Like-minded CI students could constitute a strong driving force behind the passage of Measure O.

The measure is also supported by immense amounts of data that serve to support the legalization of marijuana cultivation and distribution. The most prevalent of the supporting data is the level of tax revenue that can be generated through the growth of cannabis.

In California alone, the Institute on Taxation and Economic Policy found that excise and sales tax revenues doubled from $395 million in 2018 to $629 million in 2019 due to increased production and consumption. This massive increase in revenue could be reinvested back into the state and often allocated back to communities through education, technology and infrastructure. This potential for large revenue increases is coupled with the fact that many states have witnessed increases in cannabis sales by nearly 25% during the global pandemic alone.

An example of an outstanding case of sales increases occurred in Colorado earlier this year. Their marijuana industry experienced a 392% increase in sales during the weekend that their stay-at-home orders were announced.

We have yet to see any hard data regarding California’s cannabis industry from this year, but cases like that in Colorado should be considered by voters who have yet to fill out their ballots.

The fight against cannabis-related measures seems to be dwindling as time passes and as consumer populations grow, especially in communities that have already begun to benefit from the substantial benefits that cannabis regulation can produce, such as the previously mentioned revenue increases. This fact is hard for anti-weed voters to fight because there is clear data supporting the potential economic benefits of cannabis cultivation.

This measure is not a winner-loser situation. With the passage of similar measures, appropriate regulations can and should be set to mitigate the aspects that opponents of cannabis users may expect, like increased usage for younger individuals.

The potential increase of county tax revenues alone poses a necessity for revenue-increasing initiatives like this one. As Ventura County continues to grow, it will need the resources that cannabis cultivation can provide. This is why I am encouraging you all to pass Measure O.

Voters can visit the Ventura County Cannabis Program website which displays many of the initiative’s efforts of law compliance, including odor mitigation, indoor-only cultivation, and the aforementioned mandates requiring setbacks or distance requirements from schools.