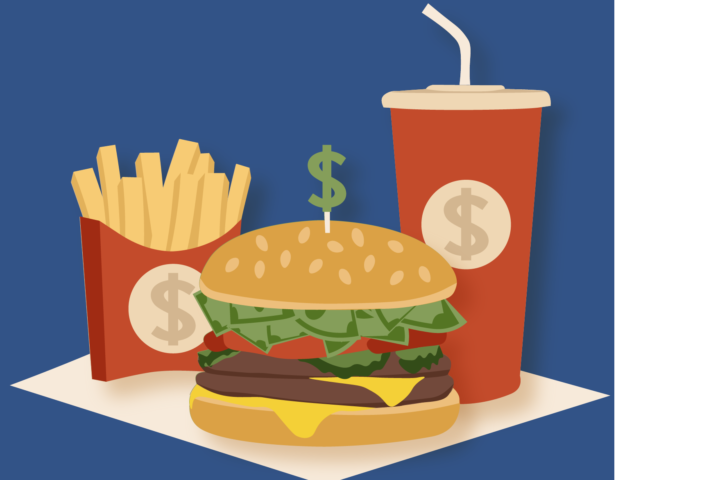 Whether you are at CI part-time or full-time, you most likely have a job outside of school. If so, you have likely been figuring out your work/school schedule, or in other words, how much you can work without failing your classes while still having enough money for lunch. Perhaps you have been soldiering through the same job since the pandemic started. Working long hours and low wages trying to save up for your many college expenses. As the semester came and classes began to start, maybe you wondered, “How am I going to make it through this semester?” This past Labor Day, however, marked not only the start of a new semester but also the start of a huge breakthrough for those working in the service industry, especially fast-food workers.

On Sept 5, California Governor Gavin Newsom signed into law the Fast Food Accountability and Standards Recovery Act or AB-257. This new piece of legislation establishes a Fast Food Council with state-appointed members that will “establish sectorwide minimum standards on wages, working hours, and other working conditions related to the health, safety, and welfare of, and supplying the necessary cost of proper living to, fast food restaurant workers,” according to the text of the bill. This unique bill establishes a state-backed, industry-wide collective bargaining scheme for fast food workers across the state. Now you may wonder, what does this mean for me? And what is collective bargaining?

Collective bargaining is an economic system where workers collectively bargain for various workplace needs, such as wage increases or better working conditions. A common place where collective bargaining happens is within unions, like the faculty unions here at CI. Instead of professors individually asking for a raise, they can collectively propose a wage increase to their union and their fellow members. If they vote and agree, the union would fight as a collective for and on behalf of them until an arrangement is settled. This in theory gives workers more bargaining power than they would have by themselves. However, AB-257 does not establish a union. It establishes a similar council of appointed representatives who would represent fast food workers in general.

So, what does this mean for you and your fellow students that work in fast food? For starters, the Fast Food Council could increase fast food minimum wage to up to $22 an hour by next semester. Now that would be fast! The council and its appointed members would be open year-round to requests, grievances and petitions from non-union fast-food workers across the state. They would essentially represent not just your local Subway or McDonald’s, but all fast food joints in California. AB-257 might appear to the average student to have culminated out of thin air, but much like large trees, this newly sprouted bill has its roots deep beneath the surface.

I have seen our working students on my lunch breaks (or on my 1 a.m. Taco Bell runs) and I often  think about how much they really do to keep us all fed. During weeks of record-breaking heat waves, I frequently saw how much worse those days were next to a spitting deep fryer or a scalding stove top. I saw In-and-Out workers taking orders in the blistering hot sun of an afternoon lunch rush. Maybe you have experienced your own workplace hardships yourself. It may come as no surprise that fast food workers were at the forefront of the movement that brought the FAST Act about. Leaders of the Fight for $15 movement in California, like Anneisha Williams, have been protesting fast food corporations for years to get to where we are today. After this hard fought victory, she celebrated with workers in a Service Employees International Union press conference: “We look forward to having a say in creating safe and healthy workplaces across the fast-food industry and to AB 257 serving as a model for workers across the country who desperately need a seat at the table.” Moments like these offer a promise of a more fair and equitable future for workers — but not everyone agrees.

The bill understandably affects not just employees, but employers as well, and they are not happy. Pro-restaurant groups retaliated after the bill passed the State Assembly; one group called Protect Neighborhood Restaurants filed a proposed referendum against the bill. If they can obtain enough signatures, approximately 623,212, the bill would be rescinded and put on the November ballot for voters to decide. You may have seen them recently at CI asking for signatures. Justifying their frustration toward increased wages for workers, critics of the bill also point out various potential consequences.

Riley Lagesen, attorney for the firm Greenberg Trauig LLP, argued on Nation’s Restaurant News about the potential side effects of such a bill: “Not just fast-food restaurants, but all restaurants that use minimum wage. If they raise the minimum wage to $22 an hour, that’s going to have an impact on companies’ compensation policies at their restaurants even if they’re not technically covered by this bill.”

This line of reasoning suggests that if fast-food restaurants raise their wages, fine-dining restaurants will as well in order to stay competitive. This would also force restaurants to raise their costs to compensate for the hike in wages.

In regard to improving workplace conditions, fast food restaurants could be forced to pay for upgrades to their facilities in order to meet new and improved standards. For national fast-food corporations, working in California might even begin to seem less profitable.

Both the goals of the bill and the theories of critics have yet to be seen so far. While fast food workers of the golden state rejoice, corporations hiss and boo. While we as students have our eyes glued to tests and papers, one thing is for certain, workers (and their employers) have their eyes on California.