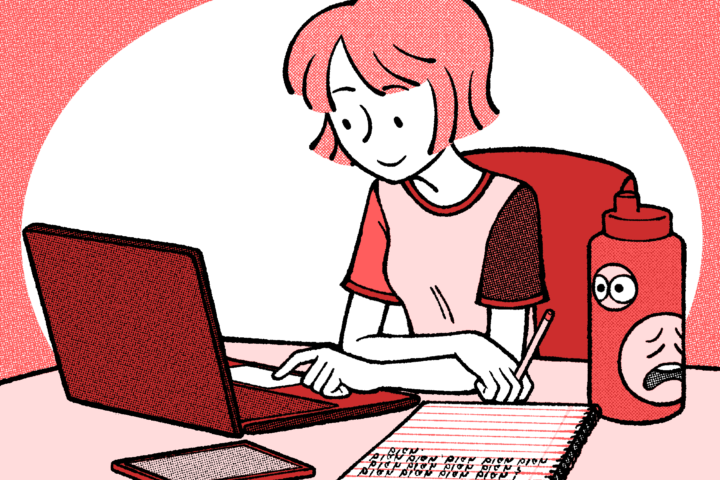 When I first came on campus after two years of being fully online, it was apparent to me that I would need to find some more private places to study. The John Spoor Broome Library was a great place to sit and work, but I would get too distracted by the noise and not feel motivated to work. I needed a quiet area to concentrate on my schoolwork and nap, and having classes with three to four hours in between, I had plenty of excuses to explore CI and find secluded areas to work. Due to these hours of wanderings, and with some helpful student interviews, I found eight places at CI to study or relax with hopefully few distractions and some privacy to work.

Starting with Sierra Hall is the outside garden located on the second floor. By going up the outside stairwell at the end of Central Mall or by going to the second floor and through the door leading outside, there is a beautiful garden with plenty of seating area to study or sit down and relax. There are times when every bench is full, so it is not always extremely private, but for most of the day the place will be almost completely empty. I really like this area, but my only complaint is that due to it being outside, wind or rain can make it difficult to concentrate, so best to utilize this spot in fair weather.

This may seem weird, but hear me out. By going up the stairs of Sierra Hall to the third floor and through the gray door to the highest level, you will come to a chair located in front of the locked roof access door. In all honesty, I am not sure if I am meant to be up there, but I assumed with the door open it is a spot for students. Through an open barred door there is a chair. The chair is a first come, first served kind of spot, as it is the only thing to sit on up there, so getting there first is imperative. I did find some drawbacks while I was there, like the feelings of anguish and despair similar to what I imagine being in a shark cage is like, as well as the anticipation of the door being locked, trapping me forever. This spot is definitely an acquired taste, but if you feel like staring into the void for a little while, this might be the best spot for it.

Aliso Hall was a place I had never set foot in, so to understand the area, I needed to ask around for other sources. Credit to Maggie Clipper, a junior biology major, who recommended this spot as a place where she did her schoolwork. Located on the second floor in the corner, it is a toned-back study area that can seat a decent number of people, but not enough to feel overwhelming. Also, there is a nice view out of the window for any pensive stares after getting stuck on something, so I see this as a fantastic place to study providing you have work at Aliso Hall.

Sometimes the best hiding spot is the one in plain sight, making the big rock across the road from Sage Hall the best place to be. I assume because the area over there is large and no important offices or buildings exist on that small quadrant, nobody goes over there. Regardless, I found the rock to be a perfect space for mostly sitting there and doing nothing. I honestly thought I would be much more self-conscious sitting over there, but I do not think anyone noticed me, so I am pretty sure I was completely invisible to passersby. One drawback of this spot is that the Wi-Fi does not stretch there, but perhaps it can be seen as a sort of outdoor, unplugged atmosphere even though a building is maybe 75 feet away. Either way, I find this to be a spot with some drawbacks, but all in all not bad at all.

Outside: Behind the Library

Across the street from Malibu Hall at the back of the library is a small clearing that remains in a sort of blind spot of the area. The building it is located next to is locked and under construction, and people that are going to Town Center from Broome Library cannot see you from where they are walking, meaning that the only foot traffic that can be bothersome are people that are walking to their cars parked nearby. Personally, I find this spot fantastic for eating if I have gone to Tortillas or any of the other Town Center restaurants, as I can avoid feeling so self-conscious about eating in public with people around me. There is plenty of shade around the large area, so I can spread out without feeling as though I am imposing on the space.

This may be an obvious place to study, but I had never seen it before despite taking most of my classes in Bell Tower, so it is private at least to a certain extent. I was told about it by Allison Mason, a junior communications major I interviewed, so big thanks to her for giving me this information. Now I wish I had been told about it sooner, as it seems like a comfortable place to work on schoolwork. I would say this is a great spot for working in a bright indoor area no matter what weather, making it an all-purpose spot adaptable to any possible factor. I could see it becoming rather uncomfortable if many people were to come in, so coming in early to stake out a spot would be the most ideal strategy.

The courtyard in the middle of Bell Tower is, at first glance, not an amazing spot for studying. There are distracting crowds that pass through, meaning that for me, there is only one spot that is sufficient. If you were to enter through Bell Tower from Central Mall, the back right of that area has two benches that remain mostly out of the line of sight. Previously, I remembered the area being much more overgrown and hidden, but over time the large bushes have been trimmed, which is great for general appeal and terrible for wanting to avoid being seen by anyone. Despite this setback, I still believe that it is a viable spot, although I would advise sitting on the bench against the wall, as the other bench is right in line with the offices inside and pose a risk of accidental awkward eye contact with those inside.

Finally, I have my last spot: the upstairs courtyard. Words cannot express my love for this spot, and I have used it so many times in past semesters that it is not even funny. Although I hate to divulge the location, I find that I must be transparent about my good studying spots, because this is by far my favorite one. It can be found upstairs in the inner courtyard between Bell Tower West and Bell Tower. Boasting shade and a single table to work on, it is the epitome of private studying and has the combined benefits of being tucked away without sacrificing space. It has only one point of entry and is the most adaptable space for anything you would want to do: reading, sleeping or schoolwork. In my biased opinion, it is the best studying space on this entire campus, and while I do highly recommend it, I better not have it stolen when I want to go up there and be productive.