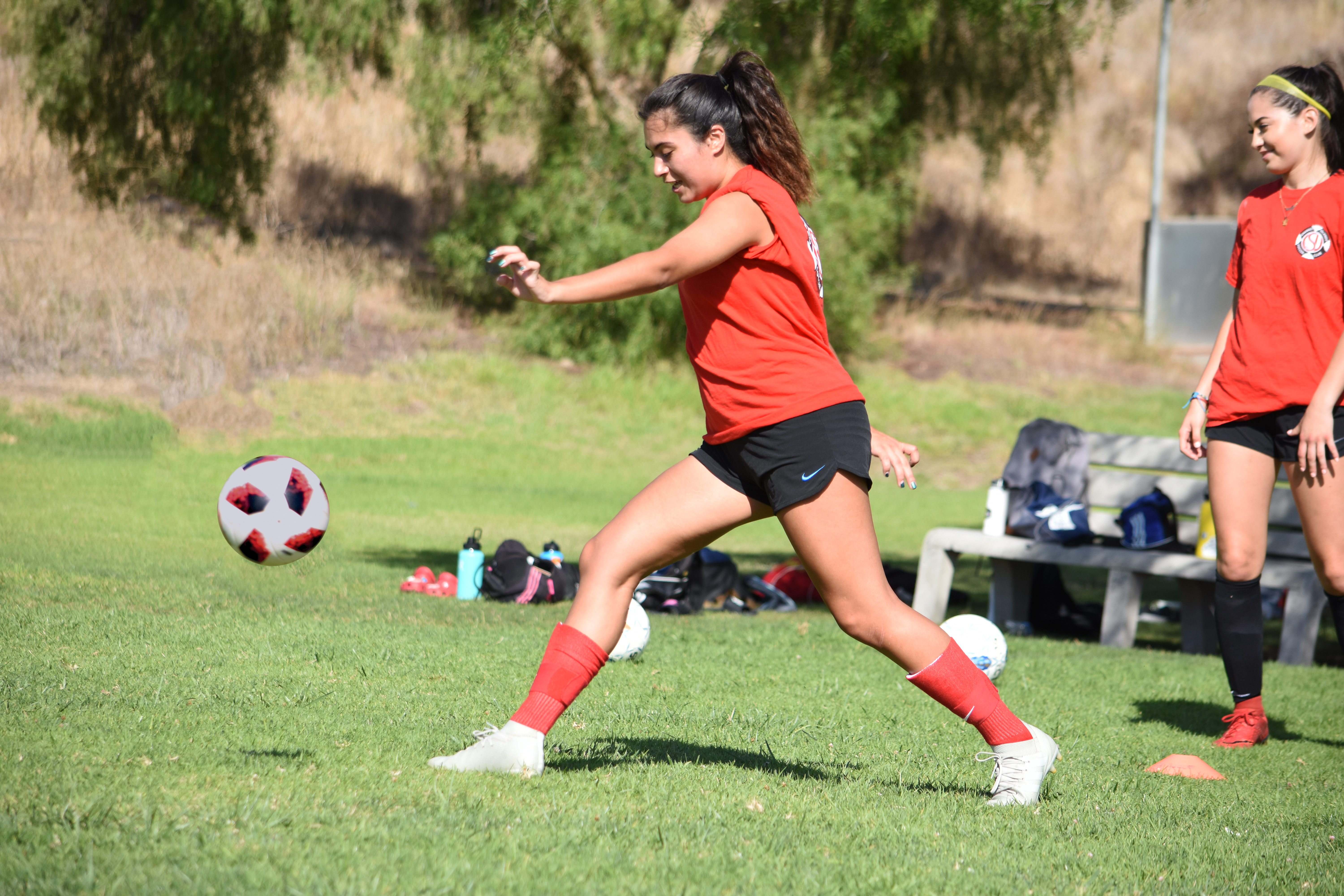 Whether it is their increasing number of players or the fact that the team now has coaches to assist in practices and games for the very first time, CI Women’s Soccer has amazingly grown into a group of women who are passionate about soccer and the commitment surrounding it.

The CI View got the chance to sit down and talk with the club’s officers about their upcoming season, the excitement of their new staff and the roles that they play in order to make each semester as smooth as possible for the players.

Since the beginning of the team, there has been no real coaching on the field. Members had to rely on each other for genuine feedback on their gameplay and skills to work on during practice sessions. Yet, it wasn’t easy and there was “no separation from what they’re telling us to do and what teammates themselves know…to do,” said Kacey Ramirez, a fourth-year biology major and president of CI Women’s Soccer. Thus, it became difficult for players to really understand how to fix their errors on the field, leading to little growth or progress as a player or a team.

It was especially hard when it came to figuring out practice schedules, drills and games, since it was all put on the shoulders of the team captains. “It was hard balancing it with being a team player as well,” said Mackenzie Hall, a second-year nursing major and safety officer of the club.

However, the struggles and impatience the team had to combat for years finally paid off this semester when they gained not one but two experienced coaches. “It brought a new dynamic and intensity among the girls,” said Tia Nevarez, a second-year health science major and vice president of the club. “It will definitely surprise the teams we’re going against this year.”

Additionally, the team benefited greatly when the news of their coaching staff spread around campus at the start of the semester. The club gained a large number of students trying out to be a part of their competing team, the travel team. “We had 40 girls try out, 25 of which joined our travel team, and 15 joined the practice team.” This is one of the highest numbers the club has seen so far, and the candidates ranged from freshmen to transfers.

As for the core 15 players that typically stick around every semester, they could finally play at their full potential for the entirety of the game rather than losing strength midway. Darlene Alvarez, a fourth-year business major and the treasurer of CI Women’s Soccer, puts it best. “It definitely helps out a lot more. We’d have 10-15 girls come to our games and there’d be almost no substitutes to switch out.”

Each semester the team looks different, with the numbers typically dwindling by spring semester as some players grow busier with school. However, with there being high numbers for the group now, this means that “game level will stay mostly consistent, more so in the coach’s eyes,” Nevarez said.

This season, CI’s Women’s Soccer‘s biggest competitor will be Loyola Mount University, whose team they will go against in October. And these Dolphins are ready! Going in even stronger this semester, these players know their opponents are not going to be expecting the amount of work their players and coaches have been putting in. It will hopefully pay off during the year and CI Women’s Soccer Team aims to finish towards the top of the table. Their dedication and patience will definitely score many goals on the field.