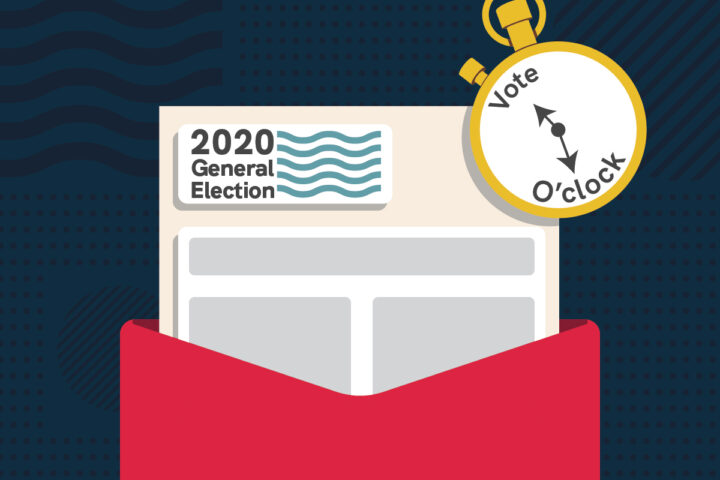 With the 2020 election day literally only days away, many have continuously heard encouragement from others to vote. Some might have already started voting with the early voting that California offers. But how does voting in the presidential election work?

Unlike other elections, the votes that are cast by the general public are not going directly to one of the candidates. Rather, the votes are going to decide the votes that the electoral college will cast. The electoral college is a group of 538 individuals that come together every four years for the presidential election. Each state gets a certain number of electoral votes depending on state’s seats in the senate and the house of representatives. In most states the candidate who received most of the votes from the general public will receive all the electoral votes for that state.

According to the Congressional Research Service, “electoral college delegations meet separately in their respective states and the District of Columbia at places designated by their state legislature. The electors vote by paper ballot, casting one ballot for President and one for Vice President.” They do this on the first Monday after the second Wednesday in December. This year, that is Dec. 14. This is when California’s 55 electors (the most for any state in the electoral college) will cast their vote. For a candidate to be declared a winner, they must have at least 270 of the 538 electoral votes.

However, this is not the end. According to the Congressional Research Service, “On January 6, or another date set by law, the Senate and House of Representatives assemble at 1:00 p.m. in a joint session at the Capitol, in the House chamber, to count the electoral votes and declare the results.” This is the true ending and announcement to who won the election. Fourteen days later, on Jan. 20, is the Presidential Inauguration when the president and vice president candidates that won the election are sworn in.

In the last presidential election in 2016, according to the Census Bureau, only 61.4% of the individuals eligible to vote did. This means 38.6% of eligible individuals did not participate in the election. If we thought about this in relation to the traditional grades we get while in school, our country failed when it came to voter turnout.

In a 60-day Report of Registration (that is 60 days until the election) released on Sept. 4, 2020 by the California Secretary of State, 84.68% of eligible voters in California have registered to vote. That is 11.23% more than the 2016 election. In Ventura county specifically, 89.10% of the individuals eligible have registered to vote. This is a 12.75% increase from the 2016 election.

Additionally, it is important to note that voter registration has slightly decreased for age ranges 46-65 from the previous election to now. While the 17.5 – 45 age ranges have experienced an increase. This could be contributed to the massive effort on popular social media sites to spread voter awareness and encourage individuals to partake in the election. Not only were major platforms like Instagram and Tik Tok partaking on it, but influencers on the apps have spoken on their platforms to encourage their followers to register to vote.

Again, with election day fast approaching, it is important that everyone knows how to vote. With the pandemic still being a reality, all voters in California will, or should have already, received a vote by mail ballot. If you decide to vote this way, complete your ballot, not forgetting to vote down ballot, only using blue or black ink and insert it in the envelope that is provided. Fill out the information on the envelope, including your signature, and return your ballot. This can be done three different ways:

Individuals can also have others return their ballots for them. However, the authorization section on the envelope needs to be completed.

If voters would prefer to vote in person, this is still an option. Voters are encouraged to bring identification to the polls. If you are unsure of where you should go to vote in person in your county, you can find your location on the California Secretary of State website.

Voters, let your voice be heard and vote! Election day is Nov. 3 and all voting needs to be completed by 8 p.m.