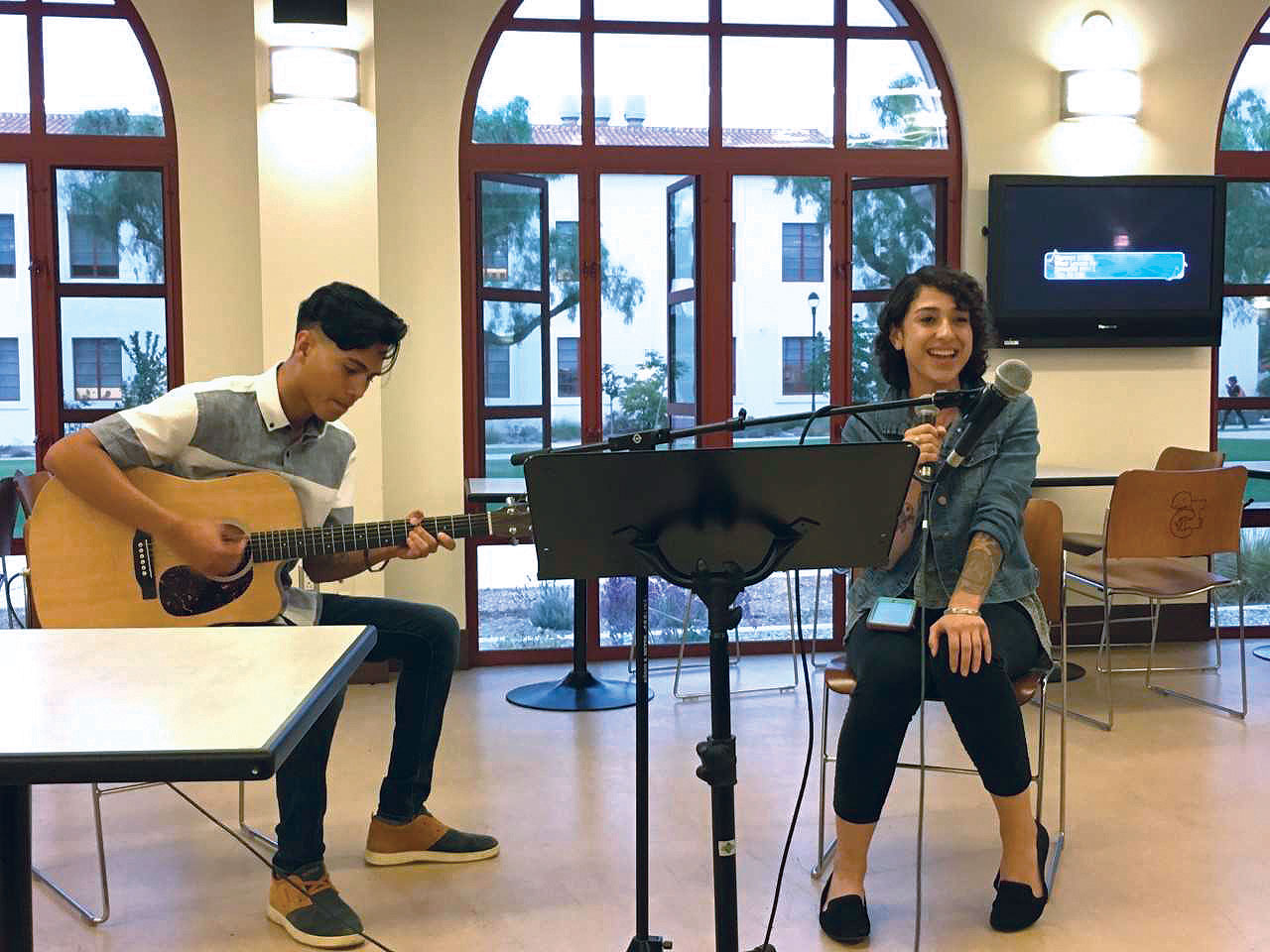 by Sarina Galindo and Alex Guerra

Whether you dream of yourself on Broadway, love to make music or have a knack for dance, the Performing Arts Club here at CI is right up your alley! Formed by senior Tarah Chase, the club’s main goal is to bring together students sharing the same love for singing, dance or any artistic related material.

According to their club constitution, they welcome all sorts of talents such as giving speeches, theater, playing an instrument or even comedy. This club first started as an Open Mic as of last year and luckily over the summer of 2017, the university decided to change it to the CI Performing Arts Club.

This club welcomes all and wants to see the talents that are spread throughout this university not just from the students but also the faculty.

But why start a performing arts club? From what Chase told us in an interview, she did a lot of musical theater over the summer. In fact, she even graduated from high school with a musical theater degree. With this love for the theater, the Open Mic Club was born.

As for the actual setup of the club, Chase, who is also the president, is in charge of the club in its entirety, and is the go-to person for any issues.

Next up is the club’s vice president, whose role is to help out the president. With the secretary in charge of taking down names at open mic events, the president won’t have to worry about who’s who in the club. If they ever want to plan events or collaborations with other clubs, Angad Gill, the club’s event scheduler, is the person they turn to.

For Gill, the club, let alone his position, started to become a priority once he started getting more involved. In fact, he knew about the club well before joining it. But with the club meetings taking place at another time and day, going to the club wasn’t at the top of his list. “The main reason was that my schedule didn’t match up with it,” he explained. But one semester, he was able to attend one session and from what he told us in an interview, things just took off from there.

Now, with a club going by the name “Performing Arts,” you would think they would be about musicals, plays or dances. Well, according to President Chase that’s not necessarily the case. From what she told us in an interview, the whole objective of the club is to be as accepting with a variety of activities as possible. In fact, that was the sole reason they changed their name! They want to start including a variety of subcategories for their club, such as standup comedy, plays, speeches and the list goes on and on.

The best part: there are already a lot of people who want to pitch in. She told us how recently, she wasn’t able to attend the Involvement Fair because she had class during that time, leaving the booth unattended. Luckily, one student stood up and said he’d take it over. By the time she came back within an hour, students were flocking to the booth, with at least twenty more members already signed up.

But it’s not just students who are willing to devote time to make the club excellent. Even professors such as Craig Bickel, a musical theater professor himself, have pitched in to help; whether it’s showing up to perform or even spreading the word about their club.

As we enter the fall semester of 2017, we asked Chase what her plans for the future were regarding the club and herself. “I really hope it expands more. Not just in numbers but in activity,” Chase said. There’s definitely truth to that statement.

There are already at least 84 members as of fall 2017. Back when they started, there were only 23 members. But as time went on and more activities were added, the club expanded even more. There is still time for the club to become more with new members but also with new ideas too.

This club is free, open and supporting to those who are not majoring in performing arts. This club welcomes all and wants to see the talents that are spread throughout this university not just from the students but also the faculty. Do keep in mind that the speeches, songs, comedy bits and etc. are not to be insulting or have profanity. The Performing Arts Club meets Thursdays at 5:30 p.m. to 7.30 p.m. in the Student Union, downstairs. Come in, relax and have fun!