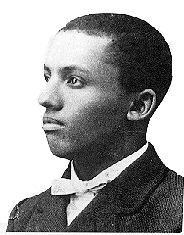 In 1926, an observance lasting one week known as “Negro History Week” was established by Carter G. Woodson. According to Ebsco Host, Woodson was an American historian, author, journalist and the founder of the Association for the Study of African American Life and History. As a son of former slaves, he dedicated his life to the preservation and celebration of African-Americans and their contributions to American history.

Woodson proposed “Negro History Week” because he was dissatisfied with the absence of African-American representation in public school curriculum and within the history books. He chose to celebrate the second week in February as it falls alongside the birthdays of Frederick Douglass and Abraham Lincoln, as stated by the Ford Library Museum.

Some argue that while annual observances are good, history books still need to be reworked to better reflect a complete depiction of American History that is inclusive of African-Americans.

The observance of Black History Month was first proposed in February of 1969 at Kent University. On Feb. 1, 1970, it was officiated by the Black United Students and black educators. In February of 1976 it became accepted as a nationwide observance when President Gerald R. Ford acknowledged the observation, stating that, “we [the American people] can seize the opportunity to honor the too-often neglected accomplishments of African-Americans in every area of endeavor throughout our history,” according to the West Virginia Archives and History.

While the intention of establishing Black History Month was to celebrate and promote the accomplishments and the lives of African-Americans, the website History as a Weapon states that many argue that the observation brings controversy. The uneasiness revolving around the observance stems from questions of fairness, equality and the limitations of the information shared during February.

Some argue that while annual observances are good, history books still need to be reworked to better reflect a complete depiction of American History that is inclusive of African-Americans. While some are not satisfied with the observation of Black History Month, others find it empowering and worthwhile. According to the website History is a Weapon, the celebration has even gone international with annual observances in the United Kingdom since the late 1980s and in Canada since the mid-1990s.